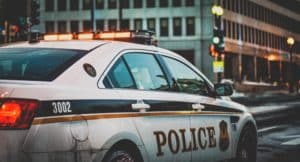 Photo by Matt Popovich on Unsplash

After many painful decades of dealing with the police brutality epidemic, California’s governor Gavin Newsom has signed into law a bill entitled Assembly Bill 392 or “The California Act to Save Lives” to help solve this problem on August 19, 2019. Introduced by Assembly member, Shirley Weber, this legislation aims to lessen the number of police shootings in the state.

The reasons for this are numerous, but one prominent reason is that of Stephon Clark’s death. On March 18, 2018, an African-American man named Stephon Clark was killed by two Sacramento police officers who had mistakenly thought his cellphone was a gun. The policemen encountered Clark as they were dispatched around 9:00 PM due to a 9-1-1 call reporting someone shattering car windows. After a fellow officer on the sheriff’s helicopter identified the individual was Clark, the officers on ground confronted him, which ultimately culminated in Clark’s fatal shooting.

The officers’ defended their critical error by claiming that they believed that Clark aimed a gun towards them, and it was an honest mistake, since it was hard to distinguish what was what in the darkness of the night. While Clark was found to be unarmed, the policemen were not criminally charged, as Sacramento County’s District Attorney, Anne Marie Schubert, established that their use of deadly force on Clark was “legally justified”. The chief prosecutor determined the two officers truthfully believed that Clark was carrying a gun. Moreover, she asserted that the physical evidence proved that he was the individual behind the broken car windows.

This significant decision made by Schubert caused numerous protests and widespread outrage in the community, resulting in tension between communities of color and law enforcement. David Klinger, a University of Missouri criminology professor, explains that police officers legally aren’t limited to exerting deadly force since the standard for officers is “to protect their life or the life of another innocent party.”

In the wake of these events, the then newly elected governor of California, Gavin Newsom, released a public statement, saying, “Our hearts continue to ache for the loss of Stephon Clark and the circumstances that led to his death. This must be a time for change.” He also stated that systemic reforms must be added to the state’s criminal justice system.

Introducing AB 392: The California Act to Save Lives

Clark’s shooting was one of the main factors that motivated California lawmakers to improve the state’s criminal justice system. However, this shooting is not the only catalyst, as it is just one of the latest incidents in the state’s long history of police brutality. A notable case occurred in February this year, when six officers shot another African-American who was taking a nap in his car in California. And in June, two Los Angeles officers approached an unarmed man in his parked vehicle and shot him 34 times. He was one of four victims of police shootings in the city on that day alone.

In an effort to not only bring healing to the community, but also prevent fatalities caused by improper police culture in California, Governor Newsom signed Assembly Bill 392 (AB 392) or also known as “The California Act to Save Lives” into law last August 19. For reference, the main provisions of AB 392 include:
• Police officers can only use deadly force in response to a threat only when necessary.
• And if a shooting does occur, California courts must look into the preceding actions of a police officer during the encounter in order to decide if the firing is legal or not.

AB 392 is one of the country’s strictest laws to tackle the issue of police brutality, as it regulates the use of force used by police. This is important, as one of the California’s biggest criticisms regarding police brutality are Penal Code 196 and Penal Code 835a, which are the determining laws for deadly force that dates back to 1872. In contrast to AB 392, they have loose regulations that allow officers to inflict lethal action.

For instance, the California Penal Code 196 states that homicide committed by a police officer is justified if he or she was faced with resistance to a legal process. Fortunately, once AB 392 comes into effect at the start of 2020, much of the language of the previous laws will have been amended, and will redefine exactly when law enforcement agents are permitted to use deadly force.

What is the Public’s Reaction?

The bill is said to be a pioneering force against the police brutality epidemic in the country, but not everyone is happy. Critics of AB 392, which includes social activists and the families of victims, claim that it is not comprehensive enough to bring powerful reforms to the state’s police culture. Many find that the language of the new law is too vague, and it would still be difficult to criminally charge officers who exert unnecessary lethal action.

The bill has been criticized as having complicating terminologies that will not affect law enforcement in a substantial way, and it only serves to pacify grieving communities. Its main contribution — and one drawing the most backlash — is that it changes the police’s ability to act based on “reasonable belief” on using deadly force only when “necessary.” This makes critics’ believe that the new AB will not make a difference in the widespread police brutality in California.

In fact, Mother Jones reports that the prominent activist group Black Lives Matter has withdrawn its support for the bill since it believes that it won’t bring significant change. These are all important factors to consider, as Brandon Sample notes that state courts can still erroneously deny rights to individuals and not uphold the spirit of the law.

On the other hand, although Stephon Clark’s brother, Stevante, agrees that the bill is “a little watered-down with the changes,” he still believes that this small step is a sign of progress. He sees the new law as an opportunity to open up the conversation around this pressing public issue.

Will it Be Effective Against Police Brutality?

Although widely regarded as a Democratic stronghold, California still has many issues to address in terms of the behavior of its law enforcement, as the New York Times reports it has one of highest rates of police shootings in the country. Furthermore, data shows that in Southern California, people of color — specifically, black, Hispanic/Latino, and Native American — have one of the largest percentages of deaths by police officers in America. While AB 392 still has to deal with different aspects of the epidemic, it is first in a series of necessary steps to tackle this systemic problem.

Another initiative would be training the next batch of police personnel in enforcing safer protocols when it comes to probing suspicious behavior, as endorsed by AB 392. Indeed, Maryville University highlights the importance of social science and multicultural psychology in training criminal justice graduates, as this can encourage them to not seek out criminality in others, but our shared humanity instead. At the core of police brutality is a faulty mindset that enables them to find ways to commit their offenses. This is why equipping them with the right education can help both California and the country address properly tackle this issue.

Across the country, police brutality is still puzzling for many states as they are trying to solve this problem. Arizona, for example, has also taken legal steps towards fighting police brutality, as their state legislators have required police officers to document the occurrence of pointing a firearm at someone. Meanwhile, the New York police department’s commissioner dismissed the officer who held Eric Garner in a chokehold, which eventually led to his demise.

Police brutality is a global problem as well with countries like Kenya, Brazil, and the Philippines, who face complications with police enforcement on the daily. The Economist notes that police brutalities in these countries “are as common as water,” and are even celebrated by the general public. The steps taken in California are minuscule compared to the global policies needed for regulating police enforcement, but they are still steps in a direction every state and country should follow.

Although AB 392 falls short on some elements to aid the epidemic, this bill passed by California is a great stepping-stone towards healing the nation’s police brutality-inflicted wounds. The deep wounds of California’s citizens cannot be forgotten, which is why it is crucial for states to implement laws that address these problems in police culture. If they prove to be successful, further measures to support the fight against this epidemic can be undertaken at the federal level as well.

View all posts by →