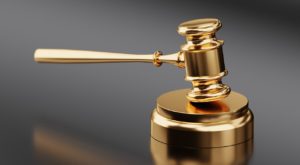 United States Supreme Court Justice Louis Brandeis famously wrote that a “state may, if its citizens choose, serve as a laboratory; and try novel social and economic experiments without risk to the rest of the country.” (New State Ice Co. v. Liebmann).

The current trend in the world of criminal justice is a shift away from mass incarceration. Indeed, for decades the U.S. has been incarcerating more of its citizens per capita than any other country on Earth. Yet, we have seen no real difference in crime rates compared to other industrialized nations.

There have been many moves towards reform, such as new regulations recommended by the United States Sentencing Commission. However, the State of California is taking a more active approach to combat the rising mass incarceration rates in the US. The state is implementing new, substantial regulations to reform sentencing enhancements.

What Are Sentencing Enhancements?

Most criminal laws on the books specify a range of possible punishments for all crimes. For example, a misdemeanor in one-state could be punishable by up to one year in jail and up to a $1,000 fine. Upon sentencing a defendant for that misdemeanor, the judge decides the appropriate sentence within that given range. However, the judge has discretion to go above the suggested range. The judge would use so-called “sentencing enhancements” (sometimes called “aggravating factors”) to justify a departure from the normal punishment range.

Some of the more common sentencing enhancements or aggravating factors include:

Sentencing enhancements can play a large role in criminal cases. They may have a negligible impact on a severe sentence but can add significant time to a less serious crime.

In keeping with the notion that states can be laboratories for new policies and initiatives, California appears to be addressing the prison overpopulation problem by giving judges more discretion on whether certain sentencing enhancements should apply.

California’s 10-20-Life sentencing enhancement required judges to impose extra penalties whenever a gun is used in a violent felony. This “use a gun and you’re done” enhancement required an additional ten years on a prison sentence if a gun was displayed during the felony. Should the gun be fired during the crime, the individual faced an additional 20 years in prison. And if the gun being discharged led to an injury, the person could be facing live in prison.

Mandatory sentencing and the future

California’s revamping of its mandatory sentencing is an important first step away from the mass incarceration culture prevalent in the United States.

If you need advice or representation regarding a sentencing issue, Brandon Sample PLC should be your sentencing advocate. Brandon Sample has the passion and expertise to help you with your federal criminal justice needs. Call 802-444-HELP today for a free case review.