Voter suppression laws, gerrymandering, and challenges to the Voting Rights Act are all attacks on citizens’ right to vote, and on their vote being counted. Another voter suppression tactic – one that has been around for centuries – is the use of “felony disenfranchisement” laws in the United States, i.e., laws that restrict the right to vote for people who have been convicted of a crime. Without question, this sentencing issue requires our attention, now more than ever. 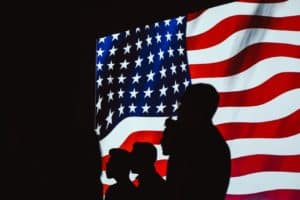 In fact, recently, The Sentencing Project, an organization focused on bringing awareness to important sentencing issues of the day, released a report with regard to the current state of felony disenfranchisement laws in the United States. The report shows that much progress needs to be made on fixing the injustice of felony disenfranchisement laws as a sentencing issue, and as a human rights issue.

Within the last two decades, two presidential candidates have won the popular vote in this country only to have the other presidential candidate take the White House. While that Electoral College anomaly of the American political system is astounding in itself, the U.S. currently disenfranchises about 6.1 million citizens because they have been convicted of felonies. It is time to take a closer look at the history of felony disenfranchisement laws, and at the criminal sentencing issue of how the various states in the U.S. treat the right to vote for those citizens convicted of felony offenses.

The colonies that would eventually become the United States inherited the common law concept of “civil death” from England. “Civil death” was a set of criminal penalties that includes the revocation of a person’s voting rights. While early colonial laws limited the penalty of disenfranchisement to only the most egregious criminal violations, the states began enacting stricter disenfranchisement laws after the American Revolution.

After Reconstruction, several states in the South used disenfranchisement laws to prohibit African-American males from voting. They did so by targeting criminal offenses that were believed to be committed more frequently by African-Americans. For example, Mississippi party leaders wanted disenfranchisement as a penalty for burglary, theft, and arson, but not for robbery or murder. An Alabama politician who authored a felony disenfranchisement law stated that he “estimated the crime of wife-beating alone would disqualify sixty percent of the Negroes.” Those types of sentencing policies would remain for over a century.

Felony disenfranchisement laws today may or may not have such an obvious racial bias. The laws, however, still have the impact of removing the political power from communities of color.

Felony disenfranchisement laws have a disproportionate impact on minority communities. African-American citizens of voting age are more than four times more likely to lose their right to vote than the rest of the adult population.

The Sentencing Issue of Disenfranchisement is Growing

Yet, the majority of citizens (77%) who cannot vote due to felony disenfranchisement laws are already out of jail, living in their communities, and are either on probation or parole, or have finished their sentences completely. In fact, half of all people disenfranchised, about 3.1 million, cannot vote because the states in which they reside (such as Alabama, Arizona, Delaware, Florida, and Iowa) restrict voting for life due to a felony conviction. Other states, by contrast, allow people to regain their voting rights after leaving prison, or after completion of parole or probation.

Only two states in the U.S., Maine and Vermont, have no felony disenfranchisement restrictions.

Benchmarking with Other Countries

The sentencing issue of disenfranchisement of felony offenders is harsher in the U.S. than in many other industrialized countries. In Canada, Israel, and South Africa, courts have ruled that any conviction-related voting restriction is unconstitutional. Moreover, the European Court of Human Rights held that a blanket voting restriction on people in prison is a violation of the European Convention on Human Rights. Finally, almost half of the European countries allow all incarcerated individuals to vote.

The Sentencing Issue of Disenfranchisement: Impact and Reform

It is reasonable to conclude that taking away the right to vote from people with felony convictions has impacted elections. One study found that felony disenfranchisement likely affected the election results in seven U.S. Senate races from 1970 to 1998, as well as the 2000 Bush v. Gore presidential election. According to the study, even if disenfranchised votes in Florida alone were allowed to vote, Bush’s narrow victory “would almost certainly have been reversed.”

There have been some reforms in recent years. For example:

The recent reforms are a good start, but they do not do nearly enough to take away the vestiges of “civil death” in the United States. Indeed, there is little logical correlation between committing a crime and not being able to participate in an election. Whether you are in jail or out, you are still a citizen.

Accordingly, if you have confronted this sentencing issue whereby your voting rights have been taken away, contact an experienced sentencing attorney to help you participate in the democratic process once again. We welcome you to contact Brandon Sample, Esq. to learn more about what he can do for your voting rights as a consequence of a criminal sentence. Brandon is highly experienced in sentencing issues, and he cares passionately about getting justice for his clients. Call him today at 802-444-HELP.

Posted in Sentencing
← Sentencing Discrimination: The Hidden Role of Implicit Racial BiasImpact of Prior State Drug Convictions on Federal Sentences →