Is it possible for a trial judge to be the final and only say in a person’s life-without-parole sentence? It is possible that a person has no right to appeal such a sentence? Apparently, under the sentencing practices in Ohio, the answer is “yes.”

Three months ago, the United States Supreme Court passed on the case of Glen Campbell v. Ohio. The 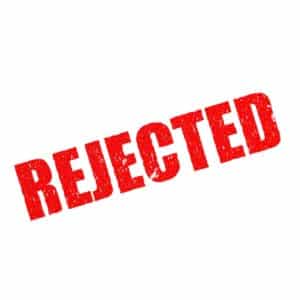 Court denied defendant Campbell’s petition for certiorari because Campbell failed to properly present his constitutional arguments to the Ohio courts before going to the U.S. Supreme Court. Justice Sotomayor, however, felt compelled to write a short statement. Though she agreed that Campbell did not properly present his case before the U.S. Supreme Court, she had some concern with Ohio’s sentencing practices.

Campbell then challenged his sentence on appeal, arguing that the sentencing judge did not properly balance the aggravating and mitigating factors in his case. The Court of Appeals of Ohio held that Campbell’s sentence was “unreviewable” based on Ohio Statute §2953.08(D)(3).

Indeed, the language of §2953.08(D)(3) states that a sentence imposed for the crime of aggravated murder “is not subject to review” as an appeal of right. Other courts, apparently, relied on Ohio case law that indicates that the statute “means what it says,” i.e., that certain sentences imposed by a trial court cannot be reviewed.

Implications of a Sentencing Practice Where Some Penalties are “Unreviewable”

Justice Sotomayor, understandably, had serious concerns about a law that allows a single lower court judge to determine the fate of a person’s life – with no appeal, no oversight, and no recourse if an egregious mistake was made. Frankly, to any layperson it would seem impossible to have such a rule.

Justice Sotomayor reflected those sentiments in her comments:

Trial judges making the determination whether a defendant should be condemned to die in prison have a grave responsibility, and the fact that Ohio has set up a scheme under which those determinations “cannot be reviewed” is deeply concerning. . . .

In my view, this jurisprudence provides good reason to question whether §2953.08(D)(3) really “means what it says”: that a life-without-parole sentence, no matter how arbitrarily or irrationally imposed, is shielded from meaningful appellate review. . . .

And our jurisprudence questions whether it is permissible that Campbell must now spend the rest of his days in prison without ever having had the opportunity to challenge why his trial judge chose the irrevocability of life without parole over the hope of freedom after 20, 25, or 30 years.

Justice Sotomayor, in her statement, eloquently explains how the prohibition of cruel and unusual punishment in the Eighth Amendment has developed over the last four decades to rule out the death penalty for those who are mentally disabled and for juveniles; and to rule out a mandatory sentence of life without parole for juveniles.

Similarity Between the Death Penalty and Life Without Parole Sentencing Practices

As sentencing practices go, a sentence of life without parole is the “second most severe penalty permitted by law.” Harmelin v. Michigan, 501 U.S. 957, 1001 (1991) (Kennedy, J., concurring). Justice Sotomayor, quoting a previous Supreme Court decision, cogently recognizes that a life-without-parole sentence means a “denial of hope; it means that good behavior and character improvement are immaterial; it means that whatever the future might hold in store for the mind and spirit of the convict, he will remain in prison for the rest of his days.”

Without diminishing the horrific nature of a person’s crime, it must be acknowledged that a life-without-parole sentence has a different impact on a defendant, compared to a sentence that provides for the hope of freedom, if only in the distant future.

Even though Campbell did not get to have his day at the Supreme Court. There are positive takeaways from Justice Sotomayor’s statement of concern.

Second, the country is clearly moving in a way that favors more rational, more reasonable, more merciful criminal sentencing practices. The hidebound, antiquated views of the current U.S. Attorney General and executive branch are merely a blip in this country’s long history. The U.S. experiment in mass incarceration is a clear failure, and efforts are moving forward to bring the U.S. justice system into a saner, more reasonable place. Thus, fair-minded jurists are poised to welcome a challenge to a state law banning the right to an appeal.

Finally, there is a chance that the Ohio law is merely a legislative error that lawmakers failed to correct. Accordingly, Justice Sotomayor’s statement may resonate with Ohio lawmakers and prompt them to make a change to the law even before it needs to become another lawsuit.

Let us just hope that reason will prevail, and the severity of a life-without-parole sentence will be reviewable in all jurisdictions sooner rather than later.

Brandon Sample, attorney, sentencing advocate, and author is available to assist you with any sentencing matters you may have. Learn more about your legal options by calling for a free case evaluation today at 802-444-HELP.

Posted in Sentencing
← To Plea or Not to Plea? Horror Stories After Rejecting A Plea DealSentencing Worksheet | How Federal Courts Determine Sentences →