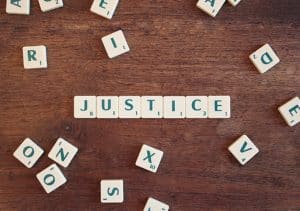 (b) Unless the motion and the files and records of the case conclusively show that the prisoner is entitled to no relief, the court shall cause notice thereof to be served upon the United States attorney, grant a prompt hearing thereon, determine the issues and make findings of fact and conclusions of law with respect thereto. If the court finds that the judgment was rendered without jurisdiction, or that the sentence imposed was not authorized by law or otherwise open to collateral attack, or that there has been such a denial or infringement of the constitutional rights of the prisoner as to render the judgment vulnerable to collateral attack, the court shall vacate and set the judgment aside and shall discharge the prisoner or re-sentence him or grant a new trial or correct the sentence as may appear appropriate.

(c) A court may entertain and determine such motion without requiring the production of the prisoner at the hearing.

(d) An appeal may be taken to the court of appeals from the order entered on the motion as from a final judgment on application for a writ of habeas corpus.

(e) An application for a writ of habeas corpus in behalf of a prisoner who is authorized to apply for relief by motion pursuant to this section, shall not be entertained if it appears that the applicant has failed to apply for relief, by motion, to the court which sentenced him, or that such court has denied him relief, unless it also appears that the remedy by motion is inadequate or ineffective to test the legality of his detention.

(f) A 1-year period of limitation shall apply to a motion under this section. The limitation period shall run from the latest of—

(1) the date on which the judgment of conviction becomes final;

(4) the date on which the facts supporting the claim or claims presented could have been discovered through the exercise of due diligence.

(g) Except as provided in section 408 of the Controlled Substances Act, in all proceedings brought under this section, and any subsequent proceedings on review, the court may appoint counsel, except as provided by a rule promulgated by the Supreme Court pursuant to statutory authority. Appointment of counsel under this section shall be governed by section 3006A of title 18.

(1) newly discovered evidence that, if proven and viewed in light of the evidence as a whole, would be sufficient to establish by clear and convincing evidence that no reasonable factfinder would have found the movant guilty of the offense; or

(2) a new rule of constitutional law, made retroactive to cases on collateral review by the Supreme Court, that was previously unavailable.

This section restates, clarifies and simplifies the procedure in the nature of the ancient writ of error coram nobis. It provides an expeditious remedy for correcting erroneous sentences without resort to habeas corpus. It has the approval of the Judicial Conference of the United States. Its principal provisions are incorporated in H.R. 4233, Seventy-ninth Congress.

This amendment conforms language of section 2255 of title 28, U.S.C., with that of section 1651 of such title and makes it clear that the section is applicable in the district courts in the Territories and possessions.

Section 408 of the Controlled Substances Act, referred to in subsec. (g), is classified to section 848 of Title 21, Food and Drugs.

1996-Pub. L. 104–132 inserted at end three new undesignated paragraphs beginning “A 1-year period of limitation”, “Except as provided in section 408 of the Controlled Substances Act”, and “A second or successive motion must be certified” and struck out second and fifth undesignated pars. providing, respectively, that “A motion for such relief may be made at any time.” and “The sentencing court shall not be required to entertain a second or successive motion for similar relief on behalf of the same prisoner.”