What is the Amy, Vicky, and Andy Child Pornography Victim Assistance Act of 2018? 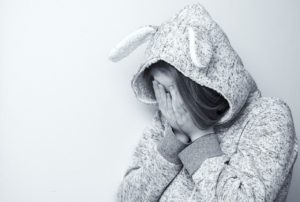 President Trump recently signed into law the Amy, Vicky, and Andy Child Pornography Victim Assistance Act of 2018 ("AVAA"). The AVAA is named after some of the victims of child pornography who were among the most widely disseminated images identified by the authorities. The law was proposed to secure full restitution for the victims of child pornography offenses and attempts to address the challenge that the courts have historically faced in imposing a restitution amount on a particular defendant. In previous cases involving victims of child pornography, including the dissemination of pornographic photos online, the courts encountered difficulty in figuring out how much of the restitution owed to the victim that each defendant was required to pay. The reason for this challenge is that there are so many offenders involved in posting, sharing and viewing the illegal images online. Thus, the court could not reconcile forcing the defendant on trial to pay for the entire extent of emotional distress suffered by the victim.

The Pivotal Case Preceding the AVAA

Victims' rights groups came out in droves in protest of the Supreme Court's ruling in United States v. Paroline. The widespread outrage over the unfairness of the outcome to victims of child pornography crimes led to years of political discussions over passing legislation imposing mandatory minimum restitution amounts on convicted child pornography offenders. There has been little sympathy for convicted child pornography offenders in the criminal justice community, and the idea that they could avoid paying even a small amount of restitution because of a legal conundrum was unsettling to say the least.

Those on the other side of the matter pointed out that traditional civil liability is based on the amount of harm. So, if an award of $1 million (or whatever the number might be) is judged to be what would make the victim whole, then the victim would receive  this amount, not $1 million from every defendant since $1 million was the total amount required to make the victim whole again. There were other arguments presented concerning how restitution orders should be pursued. The question concerned if earlier defendants should be required to pay more than later defendants, not if victims of child pornography offenses should receive restitution at all.

One aspect of the legislation that victims' rights advocates are most encouraged by is that it provides the victims a choice in electing the restitution option that they prefer to receive. This provides a small amount of power back in the hands of the victim. Another important aspect of the AVAA is that victims are now entitled to access the pornographic images of themselves that have been trafficked. While this may seem like an unsettling detail, it is actually crucial for victims in the process of identifying victims, tracking down perpetrators, accumulating evidence and helping victims to seek treatment.

This bill received vast bipartisan support because it is squarely focused on restoring the balance of power back to the victims of child pornography offenses as much as possible. What was especially promising about the passage of this bill into law was that advocates of criminal justice and sentencing reform as well as victims' rights advocates both supported the AVAA for its potential to empower victims.

Posted in Legislation
← The First Step Act Bill Summary Explained : A Comprehensive AnalysisChallenging Waivers of Right to a Jury Trial →