Federal courts are obligated to error on the finding that a constitutional right has not been waived in a criminal case. This is true for a defendant's right to a jury trial. What is ordinarily a mundane issue of federal criminal procedure recently ended up generating an overturned conviction in a fraud case. In United States v. Laney, the Ninth Circuit Court of Appeals ruled that two defendants' fraud convictions had to be overturned because there was no evidence that they knowingly waived their right to a jury trial.

What Constitutes Waiver of a Defendant's Right to a Jury Trial 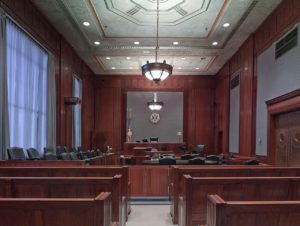 Right to a Jury Trial

After the defendants were both convicted, but before sentencing, their attorneys appealed the conviction by arguing that there was not a voluntary, knowing and willing waiver of the defendants' right to a jury trial. The Ninth Circuit noted that the procedure in criminal matters was not followed and that it was unfortunate that the defendants did not simply sign the form themselves. Given that the defendants did not participate in the discussions with the government in which their attorneys confirmed their waiver of a jury trial, the appellate court could not find any evidence of voluntary waiver of their constitutional right.

The Ninth Circuit's ruling in United States v. Laney serves as a reminder that uncovering a potential structural error can be the holy grail of a federal criminal appeal. An ordinary aspect of a criminal trial, such as filling out a right to a jury trial waiver form, can be a potential source of automatic reversal if you know where to look. This highlights the importance of attention to detail in any criminal appeal, especially when it comes to uncovering often overlooked issues in the trial process. Attorney Brandon Sample has years of experience in analyzing all aspects of federal criminal trials to identify as many opportunities for a successful appeal as possible.

In addition, this case touches on the role that a defense attorney plays in informing clients of all aspects of the trial process. An experienced criminal defense attorney should take great care in instructing their clients on their constitutional rights in a criminal matter. This includes the decision to waive their right to a jury trial. If a defendant does not actively participate in some form of acknowledgment on the record that he willingly and knowingly waives his right to a jury trial, this may be sufficient to overturn a criminal conviction. United States v. Laney cautions defense attorneys to proceed with caution in pushing through a jury trial waiver form.