A guilty plea does not necessarily mean that a criminal defendant gives up the right to appeal his conviction. If the defendant seeks to challenge the constitutionality of the statute that he pled guilty to violating, he may still have the right to a direct appeal from a district court's decision. This is the principle that the Supreme Court recently made clear in its decision in Class v. United States. While the decision does not depart from prior case law in any meaningful way, it is still an encouraging reinforcement of a defendant's right to pursue constitutional challenges in criminal cases after a guilty plea.

In Class v. United States, the Supreme Court heard a case in which the defendant was indicted in D.C. federal court for possession of a firearm inside a locked vehicle within the limits of the nation's capital. He was charged pursuant to 40 U. S. C. §5104(e)(1), which states that a person may not carry "on the Grounds or in any of the Capitol Buildings a firearm." The defendant argued in district court that the charge should be dismissed because the statute at issue violates the Second Amendment and the Due Process Clause. He never disputed that he was indeed in possession of a gun within the restricted area. In exchange for the government dropping related charges, the defendant pled guilty to violating the statute. While the defended entered a guilty plea, nothing in the plea agreement that the defendant signed stated that he agreed to waive the right to challenge the constitutionality of the statute he was convicted of violating. These appeal waivers are common. 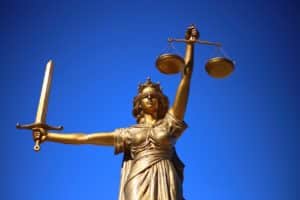 Upon his conviction, the defendant filed a direct appeal and contended that the statute should be struck down for violating the Second Amendment. The D.C. Court of Appeals ruled that the defendant's guilty plea was a total bar to any potential constitutionality claims that he wanted to raise on appeal. Despite the fact that he had already entered a guilty plea, the Supreme Court heard the appeal. In a 6-3 decision, the Supreme Court overturned the D.C. Court of Appeals and ruled that a defendant does not waive his right to challenge the constitutionality of a statute just because he had entered a guilty plea. The Supreme Court relied on the 50-year precedent from Haynes v. United States in holding that nothing in the defendant's plea agreement represented an express or implicit waiver of his constitutional claims.

Although the Supreme Court did not address the constitutionality of the underlying statute itself, it clearly preserved the right of criminal defendants to raise constitutional issues on appeal in spite of a guilty plea. The fact that the defendant does not challenge the government's statement of the circumstances surrounding the unlawful activity at issue does not mean that the government necessarily has valid grounds to detain and convict the defendant for his behavior. This is the argument that eventually won the day in Class v. United States.

Appealing After a Defendant Entered a Guilty Plea

The decision to plead guilty to a federal charge is not a decision that should be taken lightly under any circumstances. A criminal defendant in a federal case should consult with an experienced attorney and consider all options thoroughly before entering a guilty plea to any charge. When a defendant enters into a plea agreement, he will be required to sign an agreement that will likely contain language informing a defendant that he is waiving certain rights. This should be taken very seriously before signing because the language of the plea agreement can severely limit the bases on which a defendant may file an appeal. That said, all hope might not be lost for the appeal prospects after a defendant has pled guilty to a charge. Many criminal justice reform supporters applaud the Supreme Court's recent decision in Class v. United States because it leaves open the door for a constitutional challenge for defendants who do not dispute the facts of the case against them as presented by the government and enter a guilty plea.

Analyzing the constitutionality of the underlying statute that a defendant is convicted of violating is a complex and multi-layered process that is best handled by a seasoned advocate. Constitutional challenges regarding the validity of a statute at issue are not always the easiest route to overturning a conviction and must be plotted out carefully before a defendant forfeits any of his other rights or ability to appeal a conviction on other grounds.