Federal criminal defendants are entitled to enter into plea agreement negotiations with prosecutors. It is a long-standing rule that federal district court judges are not to take any part in the plea negotiations between the defendant and the prosecution. In United States v. Iazzetta, the Ninth Circuit Court of Appeals overturned a defendant's restitution order because of judicial interference in the plea negotiation process despite an appeal waiver signed by the defendant as part of his plea deal.

What Role are Judges Allowed to Play in Plea Negotiations? 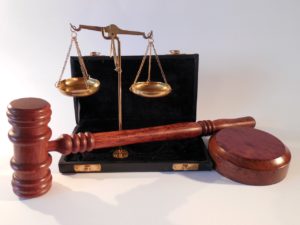 Many federal district court judges have very busy dockets and understandably want to resolve cases as efficiently as possible. Unfortunately, this can tempt some judges to meddle in plea negotiations to encourage a defendant to accept the terms of a plea bargain as quickly as possible. Judicial interference in a plea negotiation is not permitted because plea negotiations are supposed to be between a defendant or his attorney and the government only. Pursuant to Federal Rule of Criminal Procedure 11(c)(1), "An attorney for the government and the defendant's attorney, or the defendant when proceeding pro se, may discuss and reach a plea agreement. The court must not participate in these discussions...."

The Ninth Circuit heard the defendant's appeal and analyzed whether Judge Carter's interference with the victims' loss calculations aspect of the plea agreement was sufficient to void the plea deal. Ultimately, the appellate court ruled that the restitution portion of the defendant's sentence was voided based on Judge Carter's interference during the plea negotiations because there was a "reasonable probability" that the defendant's sentence would have been different had he not stipulated to the government's method of loss calculation. The case was remanded back to the district court for resentencing without the use of the stipulation regarding the total amount of the victims' losses.

This case serves as a reminder that district court judges are prohibited from forcing defendants into accepting plea deals no matter how efficiently the judge wants to move cases off the docket. A threat to veto a plea deal in the absence of the defendant's agreement to certain portions during plea negotiations is certainly grounds for resentencing of a defendant who received a sentence based on judicially imposed stipulations in a plea deal.

Another important reminder from this case is that even if a defendant enters into a plea deal that includes a waiver of his appeal rights, the court can override that waiver by informing the defendant that he has the right to an appeal. This means that even if you have entered into a plea deal in your criminal case, there may still be an opportunity for you to appeal. If you think that the judge has meddled in the plea negotiations in any way or that you were told by the judge that you could still appeal your sentence, then you should speak with an experienced advocate like Brandon Sample, Esq. right away to see what your appeal options might be.