Plea deals may seem like the most opportune way for a criminal defendant to avoid having to serve the maximum sentence that he could receive for his offenses. However, the government typically has the upper hand in this situation and requires that the defendant relinquish his right to appeal the sentence. In United States v. Lutchman, the Second Circuit Court of Appeals considered the issue of appeal waivers and whether they must be supported by consideration to be valid. In other words, did the defendant receive a sufficient benefit from the government in exchange for giving up his right to appeal the sentence?

What is an Appeal Waiver? 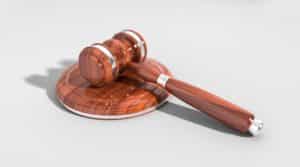 Ultimately, the Second Circuit ruled that the district court's sentence was not unreasonable in light of the defendant's conduct. The sentence was allowed to stand, but the Second Circuit took a significant step forward in protecting defendants' appeal rights in recognizing that the appeal waiver portion of the plea agreement could not hold up without the defendant receiving some sort of benefit at sentencing in exchange.

The Future of Appeal Waiver Issues

In light of the Second Circuit’s decision in United States v. Lutchman, many criminal defense advocates are applauding the courts’ efforts in scrutinizing plea deals. It stands to reason that a defendant should gain something of value in exchange for giving up his appeal rights in a case. If more courts remain willing to take a closer look at the terms of the plea deals that defendants enter into, more defendants may stand a chance at having significantly harsher sentences overturned.

In addition to signaling a potential shift in how federal courts treat plea waivers as part of criminal plea deals, the outcome of United States v. Lutchman should serve as a warning to defendants and practitioners to take plea waivers very seriously. Even if the government appears to gloss over them in a plea deal, a defendant should approach any forfeiture of his appeal rights as a serious matter. Defense attorneys should carefully and clearly advise clients of the rights that they are giving up by signing an appeal waiver.

If you think that there is no chance of appealing your criminal sentence because your plea deal included an appeal waiver, you might want to contact a trusted criminal defense attorney as soon as possible to see if there is a way that your appeal waiver may be unenforceable or inapplicable. It is best to move quickly in reaching out to an attorney so that you are not time-barred from filing an appeal for your criminal sentence. Contact criminal defense advocate Brandon Sample, Esq. to see which appeal options may still be available to you.

Posted in Appeal
← Fair Sentencing Act of 2010: Retroactivity FAQsWhat Is the Possible Sentencing for Conspiracy? →