The Supreme Court is preparing to decide a complex appeal in Moore v. Texas, which involves a defendant who was convicted of murder and sentenced to execution but claims that he is intellectually disabled. Pursuant to the Supreme Court's decision in 2002 in Atkins v. Virginia, it is unconstitutional under the Eighth Amendment to execute an inmate who is declared intellectually disabled. This current case turns on the factors that the court must consider in determining whether an inmate is actually intellectually disabled and may not be executed by the state and whether capital punishment is a violation of the Eighth Amendment if both the defense and prosecution agree that it would be cruel and unusual.

What Happened in Moore v. Texas 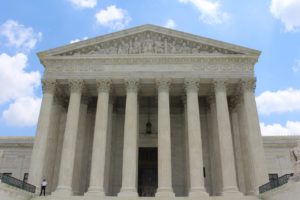 In Moore v. Texas, the defendant was convicted of murdering a supermarket employee during an armed robbery, which was executed with another defendant. He was sentenced to execution in Texas and spent decades appealing his sentence based on his mental disability. Various health care providers and family members testified in court that the defendant was mentally disabled, which the court agreed with based on a set of Briseno factors to determine his mental abilities. However, the Texas Court of Criminal Appeals rejected this determination and found that the defendant was able to be executed. The defendant first appealed to the Supreme Court in 2014.

The Supreme Court held that the Briseno factors used by the Texas Court of Appeals to determine whether the defendant had a mental disability were insufficient because they placed too much emphasis on lay opinions instead of an actual medical diagnosis. In a 5-3 decision, the Supreme Court remanded the case back to the appellate court, but the court once again held that the defendant displayed sufficient mental capacity to be executed.

Given that the Supreme Court will essentially have a second bite at the apple to confirm that courts must rely on medical diagnoses in deciding whether a defendant is mentally disabled, this case could be a major win for the criminal defense bar. The Supreme Court's initial finding that the state court's use of outdated standards in assessing a defendant's mental abilities violated his Eighth Amendment rights is a positive development for protecting criminal defendants' constitutional rights. The forthcoming Supreme Court decision in this case could reinforce to courts that they must use updated standards that rely more heavily on medical evidence than lay opinions about a defendant's mental abilities. This could provide a major opening for criminal defendants to argue that they cannot be subject to execution because medical professionals have determined that they are intellectually disabled.

The other significant aspect of the highly anticipated Supreme Court decision is that prosecutors may have a role in interceding on behalf of a defendant who claims that he is intellectually disabled. If the Supreme Court accepts the defendant's argument that it is cruel and unusual to sentence him to death if even the prosecutor agrees that he is not mentally competent, there could be future opportunities to encourage prosecutors to go on the record that they do not think a defendant is mentally competent enough to be executed.

This case demonstrates that even prevailing on an appeal in a capital punishment case does not necessarily mean that the defendant is in the clear. A successful capital punishment appeal based on Eighth Amendment arguments requires the experience and skill of an attorney who truly understands the criminal appellate process, such as Brandon Sample, Esq. You or a loved one should not delay in finding a diligent advocate to help you through the appeals process.

Posted in Appeal
← Does Right to Counsel Begin Before Indictment?The Effect of a Guilty Plea on an Appeal →