Is it possible for someone to receive a longer prison sentence for drug possession than for murder? Yes. Is it true that if a drug dealer’s house stood just 100 feet farther from a school, he would have received a drastically shorter sentence? Yes. In fact, sentencing examples like this are present everywhere.

Disparity in criminal sentencing has always been a thorn in the side of our judicial system since time immemorial. Of course, there have been many attempts to alleviate the problem, such as mandatory minimums, sentencing guidelines, and complicated sentencing formulas. Yet, judges do have discretion in sentencing defendants, even when there are attempts to limit that discretion.

Understanding some sentencing examples in real-world cases can give helpful perspective to the problem. It also may suggest some solutions as well. But first, let us discuss some sentencing basics.

The Basics of Criminal Sentencing 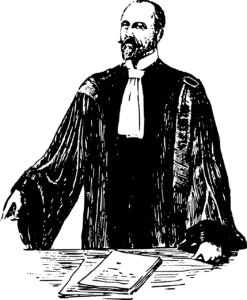 The types of punishments the judge can impose include the following:

A sentencing judge typically has a range of sentences permitted by statute based on the crime committed. Yet, the judge can also consider case-specific factors such as:

In an attempt to establish a uniform set of sentencing rules, the United States Sentencing Commission (created in 1984) established the Federal Sentencing Guidelines. The purpose of the Guidelines was to minimize sentencing disparities that existed from court to court, and jurisdiction to jurisdiction. The Guidelines were initially styled as mandatory, but ultimately the U.S. Supreme Court in 2005 determined that they should only be advisory so as not to offend the Sixth Amendment.

The Guidelines then allow for reductions or increases in time to be served based on specific facts. For example, reductions are allowed when a defendant accepts responsibility, and increases are allowed for hate crimes or particularly vulnerable victims. Similarly, factual circumstances of a case may also provide for downward or upward departures of the offense level number.

Having some overview of sentencing procedure and the Federal Sentencing Guidelines, let’s now take a look at a few sentencing examples from real-world federal cases. To begin, here are two fascinating cases decided by the U.S. Supreme Court.

Here are some sentencing examples from other federal cases that are cause for concern because the punishment appears clearly excessive given the circumstances.

The sentencing examples above, particularly Chris, Jodi, and Arlana’s stories put a fine point on several important issues of the day. First, it demonstrates the devastating impact mandatory minimums and sentencing guidelines can have on people’s lives.

Second, they show how difficult it is to both ensure uniform fairness in sentencing, but also allow judges the discretion to fashion a punishment that accounts for a defendant’s circumstances. Should a person like Arlana really be put away for life?

Finally, the sentencing examples demonstrate how drug addiction is not a criminal problem, but rather a health problem. Addiction cannot be solved solely with incarceration. Treatment may have some role to play.