18 USC 922(a)(3) makes it unlawful for non-gun dealers to buy firearms in one state and then take those guns to another state if doing so would violate the law in the state in which the firearms are transported. In order to be convicted of unlawfully transporting firearms under 18 USC 922, a person must have acted willfully. 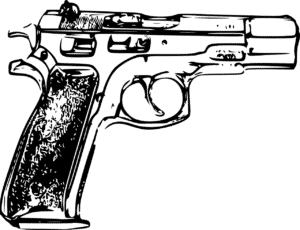 The willful element requires that a person must have acted with knowledge that his or her conduct was unlawful. Bryan v. United States allows for a broad interpretation of "willfully." The court in Bryan found that a person need not be aware of the specific law he or she may be violating as long as the conduct was done with "the bad purpose to disobey or disregard the law."

In United States v. Hernandez, Lucio Hernandez was charged with unlawfully transporting firearms in violation of 18 USC 922 after purchasing five guns in Arizona that he subsequently transported to California. California law requires individuals to wait ten days before purchasing a firearm. In addition, California law prohibits the simultaneous purchase of multiple weapons, allowing only one gun to be purchased at a time. On February 1, 2013, a grand jury convicted Hernandez of unlawfully transporting firearms in violation of 18 USC 922(a)(3).

At issue on appeal was whether the jury was properly instructed about the willfulness element of the 18 USC 922 charge. The lower court gave the following instruction to the jury:

Hernandez asked for a narrower instruction. Specifically, Hernandez wanted it "made clear that Hernandez could have acted willfully only if he knew that bringing the guns to California was somehow unlawful." The trial judge, however, refused to give Hernandez' proposed narrower instruction. In fact, the trial judge found that Hernandez could be found guilty based on "crimes separate and distinct from the actual transportation of firearms."

The court found that both the trial court's instructions and Hernandez' proposed instructions were accurate statements of the law in Bryan. The actual instructions were, nevertheless, misleading in this case. The jury could reasonably think that the willfulness standard was met if Hernandez intended to commit some later crime even if he was unaware that his conduct of bringing guns to California was somehow unlawful.

A person "cannot be convicted of one crime on the basis of an intent to commit another." Criminal intent must accompany the wrongful act. Mens rea is not interchangeable between crimes. The instructions were inappropriately broad and misleading in this case.

The evidence presented by the government was sufficient for a reasonable jury to determine that the government had met its burden of proof. The facts and circumstantial evidence do suggest that Hernandez did know that he was unlawfully transporting firearms into California.

The problem arises when the government took the added step to try to prove Hernandez' intent. The government "relied heavily on evidence that Hernandez committed crimes separate and distinct from the actual transportation of firearms." The district court allowed this reliance by rejecting defense counsel's assertion that the defendant could not be convicted on the basis of intent associated with a completely different crime.

Hernandez' intent to distribute firearms unlawfully was not relevant to establish defendant's willful violation of 18 USC 922(a)(3). That is not to say that willfulness can not be proved by circumstantial evidence. Sometimes a defendant's intent must be inferred from his surrounding conduct that may include evidence of other bad acts or crimes. But, in this case, one intent was substituted for another. The Ninth Circuit reversed.

The rule from the common law requires that a defendant's mental state and act coincide for a conviction to be valid. Neither Bryan nor §§ 922(a)(3) and 924 deviates from this rule. Due to the government's introduction of evidence that Hernandez intended to later unlawfully sell the guns he purchased, coupled with the broader instruction, significant prejudice towards Hernandez resulted.

It raised the substantial likelihood that the defendant was convicted of the act of unlawfully transporting firearms with the intent to commit a later crime instead of the crime with which he was charged. This substantial likelihood requires reversal under the due process clause of the Fifth Amendment. Although it is possible that the jury could have found Hernandez guilty of unlawfully transporting firearms with willful intent, it is not beyond a reasonable doubt that this was the case; therefore, the constitutional error was not harmless beyond a reasonable doubt.