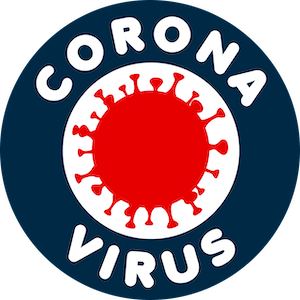 I am at the BOP’s premier medical facility and I had COVID-19 for around 5 weeks before converting to negative in late June. All evidence points to overuse of the SHU here as the cause of the virus spreading on the compound. Being a medical place, not much happens here. So they use the SHU for anything and everything, it seems.

When a guy had money sent to another prisoner here, he was hit with a 299 shot (conduct that disrupts the “security or orderly running” of the institution), and was thrown in the SHU for a few days. Two days after he got out and was sent back to our unit, he tested positive and in short order one-third of our unit tested positive, including me.

This guy was exposed to a COVID-19-positive prisoner being isolated in the SHU and apparently brought it back to all of us. They locked up the positive guys, but then flipped and locked up the negative guys and brought back the positive guys to the unit. Now they have the leftover positive guys in the SHU, again, and the negative guys are back in the unit.We have been shut down ever since then, which was May 12. But it’s of little help. The layout of the units here speeds the spread of any illness: we sleep in cubicles with the beds sticking up OVER the walls. Some beds are even just inches apart. I woke up one morning after the guy next to me kicked my arm. Their solution to prevent the virus? Sleep head to toe.According to BOP policy and the CDC guidelines, the SHU is not supposed to be used for isolation of “airborne diseases” like COVID-19. PS-6190.04(9) (“Infectious Disease Management”) says that prisoners with or suspected of having an airborne disease must be isolated in a “negative pressure isolation room” that complies with “CDC recommendations.” And PS-6031.04(11) (“Patient Care”) says the same thing, that prisoners with “highly contagious airborne diseases” must be isolated in NPIRs or transferred to an institution or hospital with an NPIR.

Use of the SHU or a normal unit is not allowed, according to these policies. Adding to the problem, the clinical director here acknowledged that SHU rules trump medical treatment and she said that our treatment in the SHU was “inhumane.” I was denied all medical care for the virus in the SHU “because I was in the SHU,” a nurse told me. She couldn’t give me any medication, not even Tylenol, that wasn’t prescribed by a doctor. I needlessly suffered because they isolated me in the SHU.In addition to the indifference of the BOP to this virus by ignoring policies and CDC guidelines, they are also locking up prisoners here who have converted to negative, “just in case.” At first it was for a week, then the acting warden caved and reduced it to 3 days. When medical was asked about this, they said that the acting warden “actually went against medical advice” with this new rule and that “it doesn’t make sense” because the SHU is where the virus is prevalent here.Some staff here say that this place only having 60 or so cases and a few deaths is nothing compared to other prisons with hundreds of cases. But I think that’s the wrong measuring stick to gauge whether a prison is handling the epidemic properly. It gives prison officials a false incentive to sit back and do nothing, as long as their prison isn’t “as bad” as another prison. Instead, I think whether a prison follows the policies and guidelines that were established in 2014, long before this virus hit, would be the correct way to measure whether prison officials are handling the virus properly at a prison.The Office of the Inspector General has invited prisoners and the public to send any concerns over the treatment of prisoners with COVID-19 and the handling of the virus to: OIG COVID Complaints, 950 Pennsylvania Ave. NW, Washington, DC 20530. This was posted here but it was taken down when our old warden left and we got an acting warden who staff says keeps everyone in the dark and goes “day to day” without a plan.

Other articles by Dale Chappell:
Running into Ruin

View all posts by →