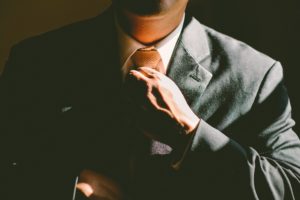 In 2014, the Bureau of Justice (BJS) conducted a study regarding white-collar crimes and their handling in various jurisdictions.

However, what precisely classifies as a “white-collar crime” is rather abstract. For the sake of this study, the BJS defines it as: “Any violation of law committed through non-violent means, involving lies, omissions, deceit, misrepresentation, or violation of a position of trust, by an individual or organization for personal or organizational benefit”. These offenses range from fraud (bank fraud, consumer fraud, insurance fraud, medical fraud, securities fraud, tax fraud) to environmental offenses and false claims and statements.

These cases are notoriously difficult to track through the legal system. Because of their broad definition, many of them can be tried as a civil or criminal case. In some cases, these crimes can even be tried as both criminal and civil cases. The research also suggests that the most common offenses were medical fraud, insurance fraud, and false claims.

The survey, conducted by the Survey of State Attorneys General (SAG) in 2015, spanned all 50 states. Data collection began in January of 2015 and concluded in September 2015. The purpose of this survey was to identify which offices had closed white-collar related cases during 2014. However, some offices could not identify a true count of their total cases and relied on estimates instead. This variation in reporting excluded the case count from the results.

Following the submission period, the National White Collar Crime Agency (NW3C) in collaboration with the National Association of Attorneys General (NAAG) collected the data for processing. Two meetings with subject matter experts were held to define white-collar crime appropriately and what items should be included in the survey itself.

Currently occupied US territories were excluded from the testing field, for lack of proper data collection systems. The states who chose not to respond included Montana, Oklahoma, Oregon and West Virginia. Ohio only reported that their attorney general office held jurisdiction in criminal and civil white-collar cases. Arkansas failed to report any usable information for the survey. Wyoming reported no white-collar cases in 2014. And finally, Indiana, Michigan and Missouri provided a combined response to the survey.

The BJS reported that most attorney general offices had various responses to a guilty verdict. In 39 states where the attorney general has criminal jurisdiction over white-collar cases, the sanctions imposed at sentencing included: some form of restitution or fines, probation, imprisonment, suspended sentences and court costs. In 26 states who prosecuted civil, white-collar cases, these sanctions included restitution or fines as the primary punishment. Suspended or licenses revoked licenses and dissolution of business also ranked as the most common outcomes of these cases.

Referrals from Outside Sources

Interestingly, 25 of the attorney general offices who responded stated they either provided legal support to other state agencies or had a dedicated white-collar crime unit.

If you are in need of assistance in a white collar crime related matter, call Brandon Sample, Esq. An experienced federal criminal defense attorney and sentencing advocate who is passionate about justice inside and outside of our federal prison system, Brandon will fight hard for your cause. Call today at 802-444-HELP.

Posted in Sentencing
← Running into Ruin: Federal Prisons Fail at Containing COVID-19The Overuse of the SHU during COVID-19 →