Are juvenile offenders constitutionally different from adult offenders? In dealing with the issue of sentencing for juveniles, the United States Supreme Court answered that question in the affirmative in two landmark decisions.

In 2012, the Supreme Court decided Miller v. Alabama, which held that imposing a mandatory life without parole sentence for a juvenile offender violates the Eighth Amendment’s prohibition of cruel and unusual punishment. Then, in 2016, in Montgomery v. Louisiana, the Supreme Court made its Miller decision retroactive. In other words, Montgomery held that any mandatory life sentencing for juveniles prior to the Miller decision should be overturned.

Rationale Behind the Miller and Montgomery Decisions

The fact that the sentences in Miller and Montgomery were mandatory life sentences, i.e., life sentences in which the judge had no discretion to depart from a life-in-prison sentence, was the key element that led the Supreme Court to find an Eighth Amendment violation. 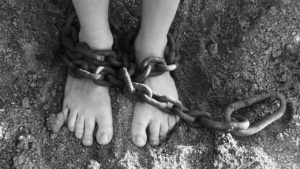 The Supreme Court persuaded in part on the psychological evidence presented before it, recognized that young people are not as emotionally mature as adults. Young people are more impulsive, quicker to react emotionally, less able to consider the consequences of a particular course of action, and are less developed when it comes to self-regulation. The Court noted that 17-year-olds, and younger, are still developing their personalities compared to adults. In addition, juveniles are also more capable of changing in response to rehabilitative efforts than adults. In sum, juveniles are “less guilty” than adults for their crimes and their punishment should reflect that. They are, in fact, constitutionally different from adults.

All of that information above led to the conclusion that sentencing for juveniles that is mandatory violates the U.S. Constitution. As noted, a life sentence that is mandatory means that a judge has no discretion to factor in an offender’s youth in fashioning a sentence. Given the differences between juveniles and adults, taking away that discretion is unconstitutional.

Result of the Miller and Montgomery Decisions Regarding Sentencing for Juveniles

Miller and Montgomery have, as could be expected, sparked those serving life sentences for crimes committed when they were juveniles to ask courts to reconsider their sentences.

For example, Michigan has about 360 inmates convicted as minors who are serving life without parole. Now courts or parole boards, depending on the circumstances, are charged with re-evaluating the sentences of these people who were juveniles at the time of their crimes.

This issue has led to a discussion of some telling case studies. For example, Carlos Flores was 17 when he and three accomplices attempted to rob a bar in Queens, NY, in 1981. An off-duty police officer intervened. The off-duty officer was shot and killed. Flores was not the shooter but was sentenced to 21 years to life, based on his role in the murder. Flores is now 54 years old. He has served 37 years behind bars. The New York State Parole Board has, for the last 16 years, denied parole.

Another example is Edward Sanders from Michigan. He was convicted of first-degree murder in 1975. He was a passenger in the car of a drive-by shooting. He’s now 60, and after spending 42 and ½ years in prison, he was just paroled. He is now learning how to re-integrate into society.

These Cases Create Challenging Issues For Victims and Victims’ Families

There is much to be said for allowing people, convicted and sentenced as juveniles, to have a second chance after decades in prison. Miller and Montgomery, however, have dredged up old wounds for victims and their families.

The notion of a second chance for juvenile lifers leads victims’ families to ask: where’s the second chance for my family member who was killed? Jody Robinson, President of the National Organization of Victims of Juvenile Murderers, clearly remembers May 1990 when her brother was brutally stabbed to death. A 16-year-old girl and her 19-year-old pimp were both sentenced to life without parole for the crime.

“For those individuals life meant nothing,” says Robinson. “The offender wants a second chance. I ask where’s my second chance to dance at my brother’s wedding?. Or to see his children?.. nobody is moving mountains trying to get me a second chance?”

The Miller and Montgomery decisions regarding sentencing for juveniles make sense based on what we now know about maturity and impulse control between juveniles and adults. Yet, the issue is not an easy one. A second chance is often a noble goal for those who have been rehabilitated and deserve it. The crime, however, cannot be taken away and has left victims in its wake. That also cannot be forgotten.