The First Step Act – the first meaningful criminal justice reform in many years – is already beginning to make a positive difference in the lives of federal inmates, their families, and their communities.  Just last Friday, July 19, 2019, the United States Department of Justice issued a press release informing the public about three major developments in connection with the implementation of the First Step Act of 2018. Those developments suggest a very promising future for criminal justice reform, and an end to the mass incarceration policies of the past.

Three Major Developments from the First Step Act – Including the Release of 3,100 Inmates

In addition, there have been 1,691 sentence reductions as a result of the First Step Act’s retroactive application of the Fair Sentencing Act of 2010, which reduced the disparity in punishment between crack cocaine and powder cocaine offenses.

Finally, the Bureau of Prisons (BOP) and the U.S. Probation Offices throughout the country have engaged in a great deal of activity surrounding implementation of other provisions of the First Step Act, including:

The above list merely scratches the surface of the many programs spurred on by the First Step Act.  Other BOP programs include a dog-training program for inmates, a youth-mentoring program, a tool to identify dyslexic inmates, and new procedures to properly assist pregnant inmates and provide appropriate sanitary products for female inmates. 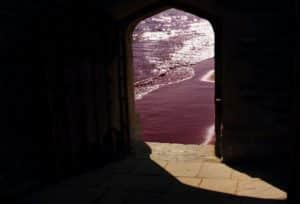 The Department of Justice has also committed to making available the full $75 million called for in the First Step Act.  Those funds are vital to ensuring the success of all of the programs listed above, like the Medication Assisted Treatment and “Ready to Work” initiatives.

Indeed, the Department seeks to increase the First Step Act implementation budget for fiscal year 2020 by working with Congress to obtain extra funds.  The number of activities requiring funding, from vocational training and increased volunteer support, to providing English as a Second Language Textbooks and computer-based educational courseware, is a vast improvement from the days before the First Step Act.

3. Development of a New Risk and Needs Assessment Tool – PATTERN

One important facet of the First Step Act was to improve our understanding of each federal inmate as an individual, rather than just as a number.  Accordingly, the First Step Act requires that the BOP identify both the risks posed by an inmate, as well as the needs (such as education training or addiction treatment) he or she has.

With that information, the BOP would then be better able to identify inmates who may be eligible for early release or a sentence reduction, as well as pre-release custody, recidivism reduction, and job placement programs.  It would also help direct those inmates with particular needs to the programs that would best address those needs.

In fact, the RNA tool, PATTERN, is one of the most robust measures the Department has taken to implement the First Step Act.  Specifically, according to the Department of Justice, the risk and needs assessment tool, PATTERN, “will be used to assess all federal inmates for risk and identify criminogenic needs that can be addressed by evidence-based programs, such as drug treatment, job training, and education.”

PATTERN, as a predictive tool, is designed to predict the likelihood of general and violent recidivism for all inmates.  As a risk and needs assessment tool, PATTERN contains certain static risk factors, such as age and offense committed; and dynamic factors, such as participation or lack of participation in education and drug treatment programs.

Interestingly, the RNA tool PATTERN was created specifically for the federal prison population.  Those who created the PATTERN tool state that it “achieves a higher level of predictability and surpasses what is commonly found for risk and needs assessment tools for correctional populations in the U.S.”