Will Biden Grant Clemency to Thousands Later This Year? 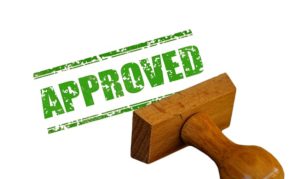 There are over 4,500 inmates that were sent to home detention due to the CARES Act and for them the question of if they will have to return to prison still remains open. As the country slowly returns to normal, what will the DOJ do for these inmates that have shown they are not a danger to anyone and can successfully integrate back into society? Many of these individuals have found jobs, reunited with their families, and become active members of society but that may not be enough for the Feds.

Earlier this year, the Justice Department ordered that individuals under home confinement under the CARES ACT must return to prison. Since that time, the question of what will actually happen has been difficult to determine. If the BOP grants them permission, they can stay in home detention. This could very well happen for those who are near the end of their sentence, but what about those with years left to serve? Will the BOP keep them locked up at home for years? Order them returned to prison? Or dare we suggest, let them go?

The administration could decide to engage in a legal battle over the CARES Act, or President Joe Biden could choose to follow the lead of President Obama and use clemency to grant those in home confinement, who pose no threat to public safety, a true second chance. Reviewing the numerous cases would no doubt be difficult, but Obama proved it is possible and surely that would be a better solution than ordering everyone returned to prison.

Which leads to the question, is another mass-clemency movement underway? This would be a way for Biden to grab the headlines, hold up his campaign promises, and satisfy many of his voters. In recent days White House officials have been signaling that President Biden is ready to start liberal use of his clemency powers. Officials have already begun sorting through the backlog of requests to determine the best candidates. Biden has made no promises, however, he has said that he does not intend to hold off until later in his term to issue pardons and commutations.

During the Obama administration (where President Biden held the office of Vice President), 1,715 commutations were issued and 212 pardons. Many of these were for people who had received lengthy minimum mandatory sentences. Obama used clemency more than the previous 13 President’s combined and holds the record for the most on a single day (330). The question is will Biden try to beat Obama’s record? With slim majorities in congress, the rumor is that his just might be the path Biden chooses to take for reform.

As the speculation grows, our office is seeing an uptick in clients seeking our services in preparing a winning clemency petition. Many are hoping to beat the rush once an official program is announced and be at the front of the line.

View all posts by Casey Richards →