Welcome to another round of my weekly newsletter expounding on some happenings in the courts and some insights on issues that you may want to know about. 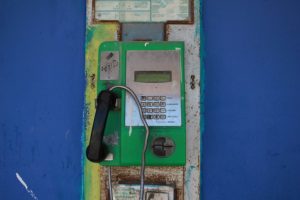 VIEWS ON THE LAW

This week’s Views on the Law focuses on two issues from the political arena that have commanded lots of attention lately. Up first is a bill called the “COVID-19 Safer Detention Act of 2021,” which will enhance compassionate release and the Elderly Home Detention program by expanding eligibility and reducing the wait time to file for relief. The bill would remove the Attorney General’s unfettered authority to say when the CARES Act would end, by expressly stating that the CARES Act stays in effect until “the later of” 30 days after the BOP ends modified COVID-19 operations, or the national COVID-19 pandemic emergency ends.

A section called “Home Detention for Certain Elderly Nonviolent Offenders” would allow qualifying prisoners to file a motion for release to home detention, similar to what the compassionate release statute, 18 U.S.C. sec 3582(c)(1)(A), provides under the First Step Act of 2018. The change would allow a court to convert a term of imprisonment to a term of supervised release with the condition of home confinement for the unserved portion of the sentence (it is not a sentence “reduction” like compassionate release provides).

Some “technical corrections” would be made to the compassionate release statute, clearing up some confusion by the courts in construing the changes made to it by the First Step Act. “Old law” prisoners, with offenses prior to Nov. 1, 1987, would be included, and the misconception that a prison must exhaust all administrative remedies (BP-8, BP-9, etc.) was fixed. Under the bill, a prisoner may still opt for the administrative remedy route, or simply wait 30 days after the warden receives the compassionate release request, “regardless of the status of the request,” the bill says. This would also apply to motions for Elderly Home Detention.

The final provision of the bill would reduce that 30-day wait to just 10 days during the pandemic. This provision would also recognize that prisoners aged 60 years or older would automatically be deemed an “extraordinary and compelling reason” for compassionate release under sec 3582(c)(1)(A)(i), as well as any prisoner having an underlying medical condition established as high risk by the CDC. In effect, this would negate the USSG 1B1.3 conundrum, which still says that only the BOP can find extraordinary and compelling reasons for relief.

In a May 28 press release, the Senate Judiciary Committee announced that it has “voted [14 to 8] to advance out of Committee” the bill. Now it goes before the full Senate for a vote. The statement included a quote by Sen. Durbin, Chair of the Committee: “This legislation will give judges the same authority to review BOP’s decisions for the Elderly Home Detention program as they have for BOP’s compassionate release decisions, and make other important changes to ensure these programs are used to safely reduce prison populations and protect inmates, prison staff, and their families.” He stated the fact that since the First Step Act, the BOP has opposed nearly every request for compassionate release filed by prisoners. In fact, out of nearly 31,000 requests filed, the BOP granted only 36.

The next item is an update on what President Biden plans to do with his clemency powers. A May 17 story in the New York Times reported that pardons (wiping out a conviction) and commutations (reducing a sentence) could begin by mid-term, or around mid-2022. Typically, a president waits until the end of the term to grant clemency.

The story says that Biden intends to focus on granting clemency to “entire classes of people who deserve mercy.” It noted that during his 35 years in the Senate, Biden helped create bills that developed the draconian drug laws that filled the nation’s prisons, resulting in the mass incarceration epidemic we have today. However, the story also noted that Biden promised during his campaign to fix some of the excessive sentences he helped create.

Numerous advocacy groups have called on Biden to stick to his word. This is the time for Biden to show he’s sincere about undoing the damage he’s done with his past “tough on crime” stance. As one federal prisoner recently said to me, lamenting his case, “If I want society to give me another chance, I have to give them a reason.” Clemency for many would be a good start for Biden.

CASE OF THE WEEK

This week’s “case” is actually a trio of cases worth mentioning. They show the unique environment of Section 2255 World, and that you should ALWAYS watch what you say on the jailhouse phone.

Case No. 1 is a rather common problem when both a state and federal court impose a sentence on someone. Do they run concurrent (together) or consecutively (separately)? The BOP automatically assumes they run consecutively, unless the judge says otherwise. In Bistodeau v. United States, 2021 U.S. Dist. LEXIS 75845 (D. Idaho Apr. 19, 2021), the court granted relief under 28 U.S.C. sec 2255, vacating a sentence the BOP ran consecutive to the state sentence. “If counsel had raised the issue at any point during the sentencing hearing, it is likely that the court would have imposed a concurrent or at least partially concurrent sentence.” The court found prejudice due to the fact the movant had spent time in state custody without being considered for credit toward her federal sentence. The sentence was vacated and she was resentenced.

The next case throws a wrench into the old “you-can’t-challenge-restitution-on-2255” line of thinking. In United States v. Mayhew, 2021 U.S. App. LEXIS 11248 (4th Cir. Apr. 19, 2021), the court recognized that familiar rule, but noted one little exception: When the erroneous restitution order results in a higher Guidelines range. “If Mayhew’s restitution order erroneously includes amounts associated with charges of which he was not convicted, and if that restitution error was mirrored in the loss amount used to calculate Mayhew’s base offense level under the Sentencing Guidelines, and if that error led to a higher guidelines range than was appropriate, then Mayhew will have at least some of the makings of an ineffective assistance claim.”

The final case teaches that when the sign by the jailhouse phone says that the line is recorded, you better believe the prosecutor is listening to your calls. In United States v. Penoncello, 2021 U.S. Dist. LEXIS 67562 (D. Minn. Apr. 7, 2021), the court initially granted sec 2255 relief on a claim that counsel told him he faced life whether he pled guilty or went to trial, so he went to trial. But he really faced up to 30 years and he knew that. Just after the district court’s order granting relief but before judgment, the government handed the court numerous jailhouse phones calls where the movant kept telling his family that he faced up to 30 years in prison. This “perjury,” the court said, killed his claim and it vacated the grant of relief and denied his motion.

As always, your questions are welcome. And, as promised, we’ll go over the questions about the “1,000-foot rule” for federal sex offenders.

A: Residency restrictions are not uncommon for sex offenders, but those restrictions usually come from the state or local laws and rules where a person lives. There is no federal law that requires a 1,000-foot rule for sex offenders. However, that doesn’t stop a federal judge from imposing a supervised release condition that includes this kind of restriction. In fact, federal law expressly allows a judge to do this.

Under 18 U.S.C. 3563(b)(13), a sentencing judge may impose a supervised release condition that someone must “reside in a specific place or area, or refrain from residing in a specified place or area.” But that provision doesn’t allow residency restrictions in just any old case. Instead, 18 U.S.C. sec 3583 says that the condition my apply on if it’s consistent with the law and “involves no greater deprivation of liberty than is reasonably necessary.”

To give you an example, in United States v. Hernandez, 510 Fed. Appx. 591 (9th Cir. 2013), a 2,000-foot restriction on a sex offender was overturned by the court because it “was not apparent why [the restriction] involved no greater deprivation of liberty than is reasonably necessary” to protect the public. But in United States v. De Los Santos, 2020 U.S. App. LEXIS 33779 (9th Cir. 2020), the same court upheld a 2,000-foot restriction because the defendant failed to provide any evidence that the restriction was a greater deprivation of liberty than needed. Instead, he merely argued that his plea agreement didn’t call for such a restriction.

Courts have also recognized a right to live with family, including minor children. In United States v. Wolf Child, 699 F.3d 1082 (9th Cir. 2012), the court held that the “fundamental right to familial association is a particularly significant liberty interest,” and vacated a supervised release condition that prevented someone convicted of a sex offense from living with his children. The court further said that just because he wasn’t married to any of the mothers of his children did not “diminish” this right.

A good case on why residency restrictions on sex offenders is harmful can be found in United States v. Rudd, 662 F.3d 1257 (9th Cir. 2011). The court collected cases from several federal and state courts expressing “concerns” over residency restrictions for sex offenders, saying that it puts them in “a state of constant eviction” because a daycare might open nearby at any time. This, the court said, hinders a person’s successful reentry into society.

Sometimes a judge will impose, as a supervised release condition, the same residency restrictions under state law where the person will be living. But in United States v. Collins, 684 F.3d 873 (9th Cir. 2012), the court explained the error of this line of reasoning: The state might change its laws or the person might move to a new state without a residency restriction. This would leave him with an unduly harsh restriction that shouldn’t apply to him.

These cases only touch on some of the problems with residency restrictions on sex offenders, and can be used as a starting point for your research.

That wraps up this week’s newsletter. Your comments and questions are welcome, and tell your friends to subscribe for the latest news and an honest look at what’s really going on in the law world.

View all posts by Casey Richards →