Habeas corpus, otherwise known as the Great Writ, is a way for the defendant to challenge his detention by the government as unlawful. Given that courts so rarely grant writs of habeas corpus, the petition is sometimes considered a last-ditch strategy to avoid serving a prison sentence. In fact, courts have issued habeas corpus writs in less than 10 percent of non-capital cases. However, it can be a quite effective form of relief when pursued properly. In Rivera v. Thompson, the First Circuit reversed the district court's ruling and granted what is considered the holy grail in the world of federal criminal defense, a writ of habeas corpus. 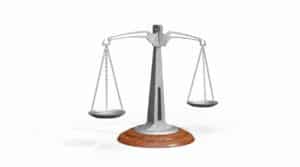 Unlike many other aspects of the criminal appeals process, filing a habeas corpus petition does not involve challenging a guilty finding. Rather, it goes to the unconstitutionality of the government's confinement of a prisoner. This means that the court is concerned with whether the defendant's due process rights were violated. A habeas corpus petition can be based on either legal or factual errors.

The Background of Rivera v. Thompson

The case of Rivera v. Thompson involved a fight between Rivera and another man in which Rivera was accused of stabbing the other man with a knife after he was being pummeled on the ground. A police officer came to diffuse the fight and ended up arresting Rivera. The police officer pulled out a gun to force Rivera to comply with the arrest, but the police officer never issued a Miranda warning. Rivera was taken down to the police station and did not provide any incriminating answers to the questions he was asked by the police officers. He was ultimately sentenced to up to 10 years in prison with an additional five years of supervised release.

Rivera appealed the sentence in Massachusetts state court through a habeas corpus petition based on an ineffective assistance of counsel argument because he said that his trial attorney failed to file a motion to suppress any of Rivera’s statements to the police officers following his arrest. The First Circuit Court of Appeals ultimately granted Rivera a writ of habeas corpus based in part on the lack of any other evidence regarding the identity of the person who actually stabbed the other participant in the physical altercation at issue.

The First Circuit certainly surprised many criminal defense attorneys with its rare decision to grant a writ of habeas corpus, especially in the absence of a capital charge. This is a positive development for criminal defense advocates because the appellate court was willing to apply the case law standards for a habeas corpus petition without the facts of the case on appeal exactly matching up with the applicable habeas corpus petition cases from previous years. This is a potentially helpful opening for other criminal defendants to argue that their detention was unlawful because courts may be less stringent in their analysis of the relevant facts of the case.

Although this outcome is encouraging, it is worth keeping in mind that successfully navigating a petition for habeas corpus requires significant experience and knowledge of the process. Courts are predisposed to reject habeas corpus petitions, which is why it is so beneficial to consult with a seasoned criminal defense attorney, such as Brandon Sample, Esq. This is especially true because a habeas corpus petition may be the defendant’s very last resort in avoiding a prison sentence.