Ineffective assistance of counsel is the most common claim presented in a 28 U.S.C. § 2255 motion.

A § 2255 motion is used by federal prisoners to seek relief from their conviction or sentence. Under section 2255, a federal prisoner may move to vacate, set aside, or correct their sentence if it was (1) imposed in violation of the constitution; (2) imposed in violation of the laws of the United States; (3) the sentence exceeds the maximum authorized by law; (4) the conviction or sentence was imposed without jurisdiction; or (5) the sentence is otherwise subject to collateral attack. 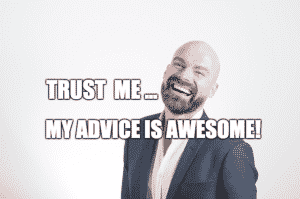 To prove ineffective assistance of counsel, a defendant must demonstrate by a preponderance of the evidence that (1) his or her counsel rendered deficient performance and (2) the defendant was prejudiced by those errors or omissions. Prejudice is typically shown through a reasonable probability of a different outcome but for counsel’s deficient performance.

Jae Lee moved to the United States from South Korea when he was 13.  He worked in Tennessee running two restaurants. Over 35 years, he never returned to South Korea. Lee, however, never applied for citizenship and only had lawful permanent residence.

In 2008 Lee was arrested and charged with possession with intent to distribute ecstasy. Lee pled guilty pursuant to a plea agreement after his attorney assured him that he would not be deported if he pled guilty. He received a year and a day in prison.

However, after arriving in the BOP, Lee learned that he had been misadvised. Lee had pled guilty to an “aggravated felony,” which except in limited situations requires deportation. So Lee filed a 2255 motion arguing that his attorney was ineffective for misadvising him about the deportation consequences of his plea.

A magistrate judge recommended that Lee be granted relief after receiving testimony from Lee and his former lawyer. It was unequivocal that Lee had been misadvised. Lee’s lawyer admitted this. Further, Lee’s lawyer testified that he would have recommended that Lee go to trial if he had known that Lee would be deported as a result of his plea. Thus, per the magistrate, Lee's lawyer had rendered ineffective assistance of counsel.

Nevertheless, the district judge rejected the magistrate’s recommendation. According to the district court, Lee was not prejudiced by his lawyer’s misadvice because there was virtually no chance that Lee would have been acquitted if he would have gone to trial.

The Sixth Circuit upheld the lower court's decision on appeal. According to the Sixth Circuit, Lee could not show prejudice because “no rational defendant charged with a deportable offense and facing overwhelming evidence of guilt would proceed to trial rather than take a plea deal with a shorter prison sentence.”

Justice Roberts began by drawing a distinction between claims of prejudice arising from “attorney error during the course of a legal proceeding” versus “deficient performance [that] arguably led not to a judicial proceeding of disputed reliability, but rather to the forfeiture of a proceeding itself.” In the former situation, prejudice is most typically shown through “a reasonable probability that, but for counsel's unprofessional errors, the result of the proceeding would have been different.”

In the latter situation, as Chief Justice Roberts wrote:

“When a defendant alleges his counsel's deficient performance led him to accept a guilty plea rather than go to trial, we do not ask whether, had he gone to trial, the result of that trial ‘would have been different’ than the result of the plea bargain. That is because, while we ordinarily ‘apply a strong presumption of reliability to judicial proceedings,’ ‘we cannot accord’ any such presumption ‘to judicial proceedings that never took place. We instead consider whether the defendant was prejudiced by the “denial of the entire judicial proceeding ... to which he had a right.’

When a defendant claims that his counsel's deficient performance deprived him of a trial by causing him to accept a plea, the defendant can show prejudice by demonstrating a ‘reasonable probability that, but for counsel's errors, he would not have pleaded guilty and would have insisted on going to trial.’"

The Court recognized that sometimes a defendant will have to show “that he would have been better off going to trial.” But that showing is only required “when the defendant's decision about going to trial turns on his prospects of success and those are affected by the attorney's error—for instance, where a defendant alleges that his lawyer should have but did not seek to suppress an improperly obtained confession.”

In Lee’s case, according to the Chief Justice, “the error was instead one that affected Lee's understanding of the consequences of pleading guilty.”

The Government argued for “a per se rule that a defendant with no viable defense cannot show prejudice from the denial of his right to trial.”

However, the Court held that the adoption of a categorical rule would be inappropriate because (1) claims of ineffective assistance of counsel require a “case-by-case examination” of the “totality of the evidence”; and (2) the relevant inquiry “focuses on a defendant's decisionmaking, which may not turn solely on the likelihood of conviction after trial.”

The Court recognized that defendants with little to no chance of success at trial will often have a hard time proving that they would have gone to trial instead of pleading guilty. But this is not because of the possible outcome of the trial, but because of how the prospect of success would have affected the defendant’s decision to plead.

Nevertheless, the Court recognized that sometimes the potential consequences of going to trial versus pleading guilty can both be bad. According to the Court, “when those consequences are, from the defendant's perspective, similarly dire, even the smallest chance of success at trial may look attractive. For example, a defendant with no realistic defense to a charge carrying a 20–year sentence may nevertheless choose trial, if the prosecution's plea offer is 18 years.”

The Court was careful to make clear that “courts should not upset a plea solely because of post hoc assertions from a defendant about how he would have pleaded but for his attorney's deficiencies. Judges should instead look to contemporaneous evidence to substantiate a defendant's expressed preferences.”

As applied to Lee, the Court found that Lee had demonstrated a reasonable probability that he would have gone to trial had he been properly advised by his counsel.

“We cannot agree that it would be irrational for a defendant in Lee's position to reject the plea offer in favor of trial. But for his attorney's incompetence, Lee would have known that accepting the plea agreement would certainly lead to deportation. Going to trial? Almost certainly. If deportation were the ‘determinative issue’ for an individual in plea discussions, as it was for Lee; if that individual had strong connections to this country and no other, as did Lee; and if the consequences of taking a chance at trial were not markedly harsher than pleading, as in this case, that ‘almost’ could make all the difference. Balanced against holding on to some chance of avoiding deportation was a year or two more of prison time. Not everyone in Lee's position would make the choice to reject the plea. But we cannot say it would be irrational to do so.”

Plain Language Takeaways About Ineffective Assistance Of Counsel Under Lee

While Lee may have been decided in the context of bad advice about deportation consequences, the impact of this decision will be felt much more broadly. That is because defendants frequently assert that they would have gone to trial but for misadvice by their lawyer.

Lee is extremely important because it makes clear that the prejudice inquiry in the context of this kind of ineffective assistance of counsel claim must focus on the decisionmaking of the defendant. Sometimes the prospects of winning at trial will be slim, but compared to a 20 or 30 year sentence, the chances of losing at trial versus a possible acquittal may have been worth it.

28 U.S.C. § 2255 Form And Rules For Claims Of Ineffective Assistance of Counsel