What is a Certificate of Appealability? 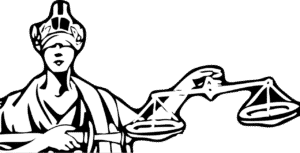 One of the ways that a defendant may appeal his conviction is to file a habeas corpus petition, which challenges the constitutionality of his confinement. This process begins with requesting a certificate of appealability. Despite it appearing as an informal process, it is key that the defendant files his appeal correctly.

Requesting a Certificate of Appealability in Federal District Court

A defendant seeks a certificate of appealability from a district court judge in order to initiate most habeas corpus proceedings. To obtain this certificate, the defendant must show that at least one of his constitutional rights has been violated. In making this application, the defendant must state the issues that he seeks to raise on appeal. If a district court denies a defendant’s application, they may seek one from the circuit court.

When is a Certificate of Appealability Required

According to 28 U.S.C. § 2253(c)(1), the defendant may not apply for habeas proceedings without first obtaining a certificate of appealability. The Second Circuit’s Grune v Coughlin case first established that this ruling applies to any petitions that seek early parole. However, the case of Harbison v Bell states that these requirements are only applicable when determining the merits of said petition. This means that motions for bail or supervised release would not necessarily be included until the petition was decided. In other words, a defendant would not have to file a certificate of appealability to appeal a motion. They would only have to file if it concerned the granting of their habeas petition.

In Illarramendi v U.S., the defendant pleaded guilty to fraud and conspiracy to obstruct justice charges. Following his conviction, Illarramendi attempted to appeal it. Illarramendi argued that he suffered from ineffective counsel, as he was unable to proceed with the lawyer of his choice. The defendant moved to vacate his sentence per 28 USC § 2255. He also petitioned the court for supervised release. When the District Court of the District of Connecticut denied his motion, the defendant appealed to the Second Circuit.

The Second Circuit rejected the argument. They ruled that the defendant had to obtain a certificate of appealability before filing his appeal. This win clarified the Second Circuit stance on COA issues following the Supreme Court’s ruling in Harbison v Bell. However, it is important to note that the appellate court did side with the government and rejected his bail argument. Even so, defendants now have one less issue to fight for during their habeas proceedings.

Appealing your case with an experienced defense lawyer

The outcome of Illarramendi v. U.S. does much to encourage future habeas and appellate proceedings. However, it does highlight the importance of having a criminal defense attorney to review these key documents. There are many procedural pitfalls in the criminal appellate process, and a defendant’s ability to understand the process is crucial. When it comes to a criminal case involving you or your loved one, trust Attorney Brandon Sample to get the job done.

Posted in Habeas Corpus
← First Step Act Disappoints Thousands of Prisoners and Families Who Expected an Early ReleasesDeath Penalty on the Decline in PA, but Still Stirs Up Controversy →