With the passage of the First Step Act of 2018, there’s a whole lot of people, both in and out of prison, that have kicked their hustle game into high gear. But this can be very dangerous, particularly when the individual giving “advice” does not know what they are talking about. That is on top of the lost money or commissary as a result of such “advice.” And potentially the denial of your freedom.

This is all serious business. If you might benefit from retroactive application of the Fair Sentencing Act in light of the First Step Act of 2018, make sure that your motion is put together right. Ask questions. And demand clear answers.

With the above in mind, let’s talk about how one goes about applying for retroactive Fair Sentencing Act relief. I have assembled a series of Frequently Asked Questions about this, which are below.

1) Someone told me that I should file an 18 U.S.C. 3582 motion when seeking retroactive application of the Fair Sentencing Act in light of the First Step Act of 2018. Is this the right way to proceed?

A court that imposed a sentence for a covered offense may, on motion of the defendant, the Director of the Bureau of Prisons, the attorney for the Government, or the court, impose a reduced sentence as if sections 2 and 3 of the Fair Sentencing Act of 2010 (Public Law 111–220; 124 Stat. 2372) were in effect at the time the covered offense was committed.

For the detractors, please keep in mind the following and ponder on the questions I have posed.

2. So, if my motion is filed pursuant to the First Step Act of 2018, what should I call my motion?

Answer: There are no set labels that you need to use. But as an example, you might simply call your motion: “Motion for Reduction in Sentence Pursuant to First Step Act of 2018.” At the beginning of your motion, you might write:

Defendant, JOHN DOE, respectfully moves for a reduction in his/her sentence pursuant to Section 404 of the First Step Act of 2018 (“FSA 2018”). The FSA 2018 expressly makes the Fair Sentencing Act of 2010 retroactively applicable, and authorizes district courts to reduce a “sentence as if sections 2 and 3 of the Fair Sentencing Act of 2010 (Public Law 111–220; 124 Stat. 2372) were in effect at the time the covered offense was committed.” Accordingly, for the reasons and arguments herein, the Court should reduce Doe’s sentence to _________________.

3. How do I know if the retroactivity provision will affect me?

There is a big “MAY” to eligibility, though, because there are a lot of nuances to application of the FSA 2010 to individuals. To understand this nuance, we first need to discuss what the FSA 2010 actually did.

Before the FSA 2010, the amount of crack needed to trigger the higher statutory minimums and maximums was much lower than what it is needed today.

841(b)(1)(A) – 10 to life (the minimum changes to 20 years with one qualifying prior conviction and becomes life with two qualifying priors, provided the Government files an 851 information notice)

***The mandatory minimums for 851 enhancements have changed with the passage of the First Step Act. Since those provisions of the law are not retroactive, I refer to the prior minimums in discussing how application of the retroactivity provisions work***

A before and after look at the quantities of crack needed to trigger each penalty are as follows:

There are many different ways that defendants can potentially benefit. Here are three possible scenarios. These examples are not intended to be exhaustive of how the FSA 2018 applies.

Defendant pleaded guilty to an 841(a)(1) offense involving 5 or more grams of cocaine base in 2008. Defendant did not stipulate to a particular quantity at any point during the case other than the 5 grams needed to trigger the mandatory minimum. Defendant was not enhanced under 21 U.S.C. 851. In 2008, the statutory range of punishment was 5 to 40 years. But under the FSA 2010, the statutory range is 0 – 20 years because 5 grams or more is less than the 28 grams needed to trigger the penalties under 841(b)(1)(B). The defendant will now be sentenced pursuant to 841(b)(1)(C).

Defendant proceeded to trial in 2004 and was found guilty of a 21 U.S.C. 846 crack conspiracy. The indictment charged 50 grams or more of crack. The Government filed an 851 information notice based on two qualifying priors. There was no special verdict about the quantities the defendant was responsible for. The defendant’s sentencing range was mandatory life because of the 851 information notice and the 50 grams or more charged in the indictment. However, under the FSA 2010, the new range of punishment is 10 to life because 50 grams or more now falls under 841(b)(1)(B). The defendant can petition for a reduction in the life sentence down to the new mandatory minimum of ten years.

4.  I do not have a crack cocaine offense. Can I benefit from the Fair Sentencing Act?

Answer: No. The retroactivity provisions of the FSA 2018 as applied to the FSA 2010 are strictly limited to individuals who were convicted of crack offenses.

5. But what if I have crack and another drug in my offense?

Answer: You might be eligible. Or you might not be. It really depends on how much drugs you were charged with for each drug type.

6. What if I stipulated to more than 280 grams of crack as part of my plea?

Answer: If you stipulated to more than 280 grams of crack as part of a guilty plea, then you likely will be ineligible for the FSA 2010.

Facts admitted by a defendant as part of their guilty plea may be used to trigger higher mandatory minimum and maximums.

7. OK, but I did not stipulate to any drug amounts. All the drugs in my case are relevant conduct (“ghost dope”). Can I benefit?

Answer: This is an interesting legal issue that I expect will receive a lot of attention and argument. This is because judges cannot find facts that increase a defendant’s mandatory minimum or that increase a defendant’s statutory maximum. See: Apprendi v. New Jersey, 530 U.S. 466 (2000) and Alleyne v. United States (2013). If a defendant was sentenced when Apprendi was already the law, and all the drug quantity findings were made by a preponderance of the evidence, the court should be bound by Apprendi when considering the effect FSA 2010 has on the sentence. In other words, the court should not be permitted to use judicially found drug amounts to deny FSA 2010 which, but for those findings, would lower the statutory maximum.

However, if the defendant was sentenced before Apprendi, I expect there will be some courts that will hold that you cannot “backdoor” an Apprendi argument to take advantage of the new FSA maximums. This is where you need very good counsel because the Fair Step Act of 2018 is written rather broadly. With some good lawyering, the court might be convinced that Apprendi CAN be applied in situations where the defendant was sentenced before Apprendi was decided.

The same is also true of Alleyne. Alleyne affects facts that increase a defendant’s sentence beyond the mandatory minimum. It was decided in 2013. It is not retroactive. But there are arguments to be made that Alleyne is applicable when deciding whether to reduce a sentence pursuant to the FSA 2010 in light of the FSA 2018. If Alleyne applies, then judicially found facts could not be used when deciding whether the new minimums called for by the FSA 2010 apply. Instead, courts would turn to the charging instrument and what the defendant pleaded guilty to or what the jury found the defendant guilty of.

8. I am serving more than the new statutory maximum allowed under the FSA 2010. The court has to grant my motion, right?

Answer: The First Step Act of 2018 states, “Nothing in this section shall be construed to require a court to reduce any sentence pursuant to this section.” Thus, it appears that Congress has given courts discretion to reduce sentences, even if the defendant’s current sentence would otherwise be illegal if imposed today. This is partly why it is so crucial that defendants present “polished” motions to the courts. PLEASE, WHATEVER YOU DO, DO NOT SUBMIT A FORM MOTION!

The judge needs to know who you are. What you intend to do if released. You need support letters from your family and friends. I saw several people denied relief when Amendment 782 was around because their public defender or the defendant him or herself treated receiving relief as automatic. DO NOT FALL INTO THAT TRAP.

To be sure, there is an argument that a reduction is mandatory when someone’s sentence is over the new statutory maximum called for by FSA 2010. A reduction may not be mandatory under “this section” of the First Step Act of 2018, but “this section” does not preclude OTHER law, statutory or decisional, that would treat a sentence in excess of a statutory maximum as unlawful. Again, you need a persuasive advocate to help you work through these issues.

BE CAREFUL ABOUT WHO YOU DEAL WITH!

9. If I am denied relief, I can apply again later, right?

Answer: No. You only get one shot at your retroactivity motion. The FSA 2018 specifically states:

No court shall entertain a motion made under this section to reduce a sentence if the sentence was previously imposed or previously reduced in accordance with the amendments made by sections 2 and 3 of the  of 2010 (Public Law 111–220; 124 Stat. 2372) or if a previous motion made under this section to reduce the sentence was, after the date of enactment of this Act, denied after a complete review of the motion on the merits.

“Complete review” most likely means review by an appeals court after denial of relief by a district court. 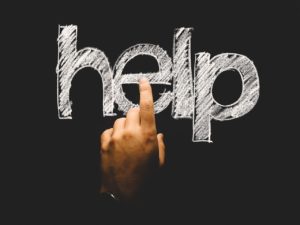 But if you are denied relief by the district court and do not timely appeal, that may be it for your ability to seek a sentence reduction pursuant to this statute.

There are a lot of nuances concerning the application of the retroactivity provisions of the First Step Act of 2018. It is not possible to cover every possible scenario in these FAQs. There are simply too many possibilities. Please use this as a guide to help you determine how to proceed.

If you are interested in having our Firm represent you or your loved one, please submit a free consultation request form, or contact us at 802-444-4357.