There is a bipartisan effort to get sensible about sentencing guidelines for drugs in Congress. The incredibly punitive mandatory-minimum sentencing guidelines for drugs currently in place have led to a major mass incarceration problem. It is a problem that does nothing but cost taxpayers far too much to jail so many citizens, and cost many low-level drug offenders their freedom for far too long.

Yet, we live under an administration that has done its level best – with as much competence as this administration can muster – to change the conversation in the other direction about sentencing guidelines for drugs. So, while most of the well-meaning members of Congress are trying to do something slightly responsible with regard to sentencing reform, allies of the current administration in Congress are actually looking to increase mandatory minimums, and even apply the death penalty as part of the sentencing guidelines for drugs. It is an astounding example of the unreality in which some Trump allies dwell.

Lowering the Amount of Fentanyl That Triggers Mandatory Minimums 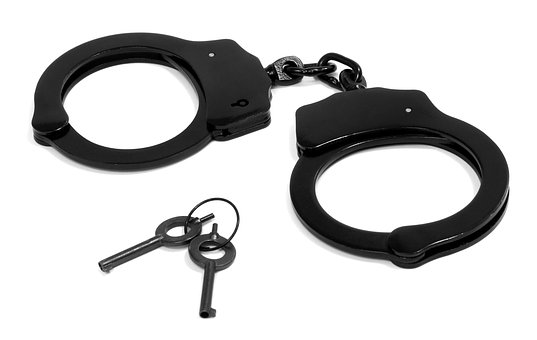 Recently, Republican Senator and Trump ally Tom Cotton introduced a bill that would lower the amount of fentanyl required to trigger mandatory minimums for possession of the drug. The reason for the bill is because small amounts of fentanyl, which is typically concentrated and very potent, are being used to lace heroin and some cocaine. Fentanyl is partly to blame for the fact that the overdose rate for heroin has increased dramatically in the last few years.

The bill suggests dropping the current 40 grams of fentanyl required to trigger mandatory minimum sentences down to only 2 grams. The net result of such a change is that many low-level dealers and users could be exposed to harsh mandatory minimums, not just high-level drug traffickers and cartels.

How Effective Are Mandatory Minimums in the Scheme of Sentencing Guidelines for Drugs?

Many law enforcement professionals, who know a little about sentencing guidelines for drugs and their effectiveness, understand that expanding mandatory minimums is not effective in actually taking the drug off the street. Indeed, many legal experts are curious as to what factual information the “tough-on-crime” lawmakers are consulting to substantiate the proposed bill.

According to a recent Rolling Stone article, Ames Grawert, senior counsel at the Brennan Center for Justice states that the Center has “never found any evidence that increasing mandatory minimum sentences works.” Rather, most research indicates that prison sentences can be decreased to more reasonable levels without any negative impact on public safety.

The policy announced today is not tough on crime . . . It is dumb on crime. It is an ideologically motivated, cookie-cutter approach that has only been proven to generate unfairly long sentences that are often applied indiscriminately and do little to achieve long-term public safety.

Is There an Alternative to Increasing the Mandatory Minimums on Fentanyl?

Other Senators on Capitol Hill believe that arresting our way out of a drug epidemic in this country is not the answer. It has been tried, and it has revealed itself to be a failure. Moreover, the open talk of putting drug dealers to death under the federal drug kingpin statute borders on the bizarre, and clearly represents a violation of the Eighth Amendment’s prohibition of cruel and unusual punishment.

Critics of the blind “tough on crime” approach argue that mass incarceration has led to the country spending billions and billions of dollars simply locking people up. They believe that the resources now used to incarcerate so many American citizens would be much better spent on local communities and drug treatment.

To conclude, the right wing of Congress, supported by the retrograde policies of AG Sessions, seems to continue down an unexamined, and well-worn, “tough on crime” road that has less and less support among researchers and law enforcement professionals. The fentanyl bill is just another example of that out-of-touch point of view. One hopes that there will be brighter days ahead, where Congress will remain focused on true sentencing reform, better sentencing guidelines for drugs, and efforts that will actually have an impact on the drug epidemic in the U.S.