Any analysis of America’s current criminal justice system leads to the conclusion that the racial bias present in our nation is present in our criminal justice system as well. Excising explicit or implicit racism from the system has been an ongoing project since the mid 20th century. The project has yet to be successful. Nearly 78% of federal defendants are non-White or Hispanic, and mandatory minimums are disproportionately charged against Black defendants. The U.S. Sentencing Guidelines, created in the 1980s by the U.S. Sentencing Commission, were meant to equalize sentences throughout the country.

The ideal purpose of the U.S. Sentencing Guidelines was to remove a certain amount of judicial discretion from the equation to minimize racial disparities in sentencing. Unfortunately, the intended goal was not achieved. Rather, we learned that the most problematic sources of unwarranted racial disparity today are mandatory minimums and prosecutorial discretion, not judicial discretion. However, an ongoing debate has been raging with regard to whether the U.S. Sentencing Guidelines should be mandatory or advisory. 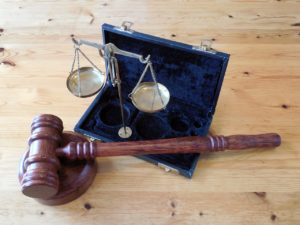 In 2005, however, the U.S. Supreme Court decided United States v. Booker. In that decision, the Supreme Court reasoned that the U.S. Sentencing Guidelines could not be mandatory because it may result in a violation of a defendant’s Sixth Amendment right to trial.

November 2017 brought us the third in three separate reports issued by the U.S. Sentencing Commission in which the Commission examined the correlation of demographic factors (notably, race) and the length of sentence in federal criminal cases since the 2005 Booker decision. Check out the report by clicking here.

All three reports claim that the disparity between the length of sentences for Black defendants and White defendants has increased since Booker.

Indeed, the current Acting Chair of the U.S. Sentencing Commission recently called for new mandatory U.S. Sentencing Guidelines. The Acting Chair agreed with the Commission's three reports, stating that the advisory system currently in place has resulted in growing disparities, largely associated with race and gender.

The Federal Defender’s Counterpunch to the U.S. Sentencing Commission’s Recommendation

In January 2018, the Defender Services Office (DSO) issued a fact sheet that rebutted the U.S. Sentencing Commission’s recommendations. Check out the fact sheet by clicking here. The DSO is a part of the Administrative Office of the U.S. Courts and is focused on upholding the right to counsel guaranteed by the Sixth Amendment, and to the principle of equal justice under law.

In fact, the sentencing gap between White and Black defendants has decreased significantly since Booker was decided 12 years ago. The claim that increased judicial discretion has led to increased disparity is based on a controversial statistical model, which has been sharply criticized by credible outside researchers.

Some of the criticisms include the Commission’s failure to factor in:

In fact, the DSO notes that the racial disparity that the U.S. Sentencing Commission has associated with increased judicial discretion actually has more to do with prosecutorial discretion. In that vein, it must be recognized that most federal cases are resolved by plea bargain, not trial. Thus, in a negotiated plea, the prosecutor has most, if not all, of the discretion with regard to sentencing.

Further, the DSO expresses concern that if the Guidelines are made mandatory once again, then that would essentially mean mandatory minimums for all cases, thereby transferring all sentencing decisions to prosecutors. That is because prosecutors have control over what a defendant may plead to in a plea bargain, and will have sentencing control by what charges go to a jury, should a defendant wish to have a trial.

In sum, the answer to whether the U.S. Sentencing Guidelines should be mandatory or advisory is a resounding, “we don’t know.” The debate points are strong on both sides, and the many ways in which to arrive at statistics on the issue are not as simple as one might hope. Thus, controversies in statistical methods result in continued controversy on the fundamental issue.

Statistics aside, the question then comes down to principle. Do you think that a judge in the jurisdiction is best equipped to make sound sentencing decisions and should have the discretion to do so, or do you think that the judge’s discretion should be dramatically limited by mandatory guidelines that are passed down from Washington D.C.? As of now, the question is still very much up for debate.

If you have a pressing sentencing issue, we invite you to consult with Brandon Sample, Esq. Brandon is a top sentencing advocate, handling federal cases across the country. Call today at 802-444-HELP to schedule a free consultation.