Sentencing Theories: The Fallout of Retribution

"Lock 'Em Up and Throw Away the Key?"

A lot of people reading this article likely grew up in a “lock ‘em up and throw away the key” mentality with regard to criminal justice. The mass incarceration sentencing theory became the primary way our leaders thought we could eliminate crime in society in the 1970s and 1980s. In the aggregate, the mindset of America was that we were fed up with crime and criminals and that society’s main goal was to exact retribution. 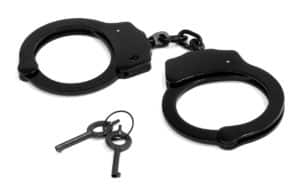 It is no coincidence that our pop culture references changed to be consistent with that retribution theme. In the 1950s and 1960s, as characterized by the television drama “Perry Mason” or the book “To Kill a Mockingbird” (published in 1960), we told ourselves stories about how we need to value individual rights against a government that may abuse its power. Both Perry Mason and Atticus Finch, in “To Kill a Mockingbird,” were lawyers who stood up for the “little guy” who was unfairly accused by an authoritarian government.

In the 1970s and 1980s, however, we began to tell ourselves stories about stopping those people who were getting away with anti-social and criminal behavior. What legal drama dominated the late 1980s into the 90s? “Law and Order,” of course. In a small way, pop culture reflected the changing social mores. Whereas Perry Mason stood up against a sometimes oppressive government, “Law and Order” told stories where we cheered on the government to get retribution on those who tried to, quite literally, get away with murder.

Well, we are now well into the 21st century, and the facts listed above paint a very grim picture of the fallout from decades of incredibly harsh sentences for crimes, sentences that demonstrated the “lock ‘em up and throw away the key” mentality. While the mass incarceration sentencing theory may have dissuaded a small percentage of would-be criminals, the downside to the policy is far too severe as the facts above demonstrate. And let us not forget that a person’s sentence does not end when they step out of prison.

Take, for example, the true story of a young man who was a first-time non-violent drug offender in 1996. That person pleaded guilty and was sentenced to 10 years in prison, 40 months of which was mandatory. In prison, he was not permitted to advance his education, or engage in other chances for human development. He was left in a cage for over three years. Upon release from prison, he faced automatic suspension of his driver’s license, permanent loss of voting rights, and numerous insurmountable barriers to education and employment, not to mention the permanent stigma of having a criminal record.

Indeed, we often forget that part of a criminal conviction is not just the prison sentence but the collateral consequences of:

Hope for the Sentencing Theory of Rehabilitation in the Near Future

Is the tide changing? Absolutely. Given that mass incarceration is currently being seen as the wrong path for America, the sentencing theory of rehabilitation is, quite literally, being rehabilitated.

Lowering or eliminating mandatory minimums is beginning to be a trend in states throughout the country, and the U.S. Senate recently passed the First Step Act, a major prison reform package. Before the 1970s and 80s, rehabilitation was very much a guiding principle for judges trying to have a defendant’s punishment fit the crime. Those principles are gaining fresh interest from criminal justice scholars.

Even with regard to recent pop culture references, a show like “Orange is the New Black” is getting a whole generation of television watchers to relate to a group of people in prison, people who are not too different from us.

Martin Luther King, a year before his death, called on this nation to have a “revolution of values.” Hopefully, when it comes to the criminal justice system the time has come for a rehabilitative-focused “revolution of values.” When people do wrong, punishment should follow. But to permanently banish people by “locking ‘em up and throwing away the key” is not fair, nor is it reasonable. Once a person has paid his or her debt to society, that person has the right to re-join our society and have an equal opportunity to live their best lives. Let’s hope that is where we are headed.

If you need a sentencing advocate, call Brandon Sample, Esq. An experienced federal criminal defense attorney and sentencing advocate who is passionate about justice inside and outside of our federal prison system, Brandon will fight hard for your cause. Call today at 802-444-HELP

Center for American Progress:  "A Revolution of Values in the U.S. Criminal Justice System"

Posted in Sentencing
← The U.S. Sentencing Guidelines: Did Making Them Advisory Increase or Decrease Racial Injustice?What Is Sentencing Bargaining, and Why Do We Do It? →