We have been covering the historic criminal justice reform bill called the FIRST STEP Act for some time now, and some big news just happened this week. On Tuesday, Senator Mitch McConnell of Kentucky changed course and said that the Senate would vote on the FIRST STEP Act before the end of the year. 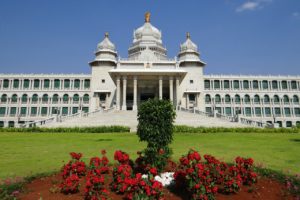 Once the House of Representatives passed the FIRST STEP Act earlier this year, a much less sweeping bill for criminal justice reform, McConnell was also able to keep it from coming to a vote in the Senate. That is, until now.

Under immense pressure from conservatives and progressives, Republicans and Democrats, and the White House, McConnell has finally decided to let the legislation go to a vote. Indeed, if the FIRST STEP Act passes, it will be a huge bipartisan policy achievement, which is something that is in short supply these days. Admittedly, the bill is not perfect. But we have to start somewhere.

Advocates for FIRST STEP Have Been Lobbying McConnell for Weeks

McConnell, who has control of the Senate calendar, has been reluctant to bring the prison and sentencing reform bill up for a vote. Yet, given the bipartisan momentum, advocates for FIRST STEP have finally made a difference.

First and foremost, the President has put his support behind the FIRST STEP Act, and recently congratulated McConnell’s decision in characteristic fashion by tweeting: “Thanks to Leader McConnell for agreeing to bring a Senate vote on Criminal Justice this week!” Indeed, McConnell made clear that the Senate was going to consider the bill “at the request of the president.” McConnell’s chief lieutenant, Senator John Cornyn of Texas rushed to announce his support of the bill upon hearing of McConnell’s decision.

In fact, the President’s support provides some much-needed cover for many conservative Senators who want to avoid being labelled “soft on crime.” Yet, other Senators, Republican and Democratic alike, are ready to move on the bill, not the least of which are the Senators who authored the compromise legislation in the Senate – Republican Senator Chuck Grassley and Democratic Senator Dick Durbin.

With regard to the House, current Speaker Paul Ryan privately urged McConnell to take up the legislation. Ryan, for his part, has agreed to take swift action on the compromise bill once it passes the Senate.

FIRST STEP Will Likely Pass in Both Chambers

Proponents of the bill have worked diligently in the Senate to make the House-passed FIRST STEP Act include some important provisions to persuade Senators such as Grassley and Durbin to sign on. Now those proponents believe that the new compromise FIRST STEP Act could garner as much as 85 votes in the Senate.

As for a vote in the House, Speaker Ryan is confident that the revised FIRST STEP Act will also pass the House quickly, before politicians leave Washington for the holidays.

The revised FIRST STEP Act has many of the “back-end” reforms in the first House bill. Those “back end” reforms are those prison reforms designed to help already-incarcerated inmates have an easier transition back to normal life, and to help them obtain credits for early release. Yet, the revised bill also will include some “front-end” reforms. Those reforms include changes to sentencing laws, considered “front-end” because they address matters before a person goes to prison.

Overall, the bill, if passed, is expected to positively impact thousands of current federal inmates, as well as future offenders of federal criminal laws.

In an era of bitter political divisions, it is refreshing to see that both Republicans and Democrats can agree on the need for criminal justice reform in the United States. Many on both sides of the aisle agree that our current system of justice is costly, inefficient, and in many cases unfair.

During the 1980s and 1990s, public opinion supported strong criminal laws and stiff mandatory minimum sentences. However, with decades of experience in mass incarceration and discriminatory sentencing practices, the FIRST STEP Act signifies the country’s seismic shift in attitudes towards criminal justice.

We can only hope that this trend towards more sensible crime control will continue into the future.