It could be the most significant step in criminal sentencing and prison reform in a generation. But, the FIRST STEP Act faces one major obstacle standing in the way of passage – Kentucky Senator and Senate Majority Leader Mitch McConnell. And this could be the one and only chance for this historic bill to pass. 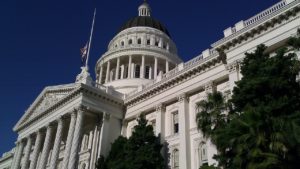 As we discussed last week, in a Congress where bitter partisan battles infect virtually every political issue in the country, there is one area where there is broad bipartisan support – prison and sentencing reform. That is why there is so much riding on the FIRST STEP Act as it is sitting in the Senate, waiting for a vote.

This past May, the House of Representatives passed its version of the FIRST STEP Act with overwhelming support from both sides of the aisle. The vote in the House was 360 votes in favor, and only 59 votes against. The 360 “yes” votes included 134 Democrats.

The FIRST STEP Act, as passed in the House, had the support of a vast panoply of people and organizations that you do not normally see on the same side of an issue. Specifically, the bill was supported by the progressive American Civil Liberties Union, and the conservative FreedomWorks, as well as more traditionally conservative groups like the Fraternal Order of Police, and the Koch Brothers.

White House adviser and presidential son-in-law Jared Kushner has been deeply involved in pushing the reform measure through Congress, largely because his own father served significant time in federal prison for financial-related crimes.

Major Bipartisan Support Exists in the Senate as Well

Now that the FIRST STEP Act is in the Senate, the question becomes – will the Senate be able to pass a version of the bill before the next Congress begins session in January 2019? Senator Chuck Grassley, a Republican, and Senator Dick Durbin, a Democrat, both of the Senate Judiciary Committee are very much in favor of passing the FIRST STEP Act through the Senate with added criminal sentencing reforms.

In fact, currently all eyes are on Majority Leader Mitch McConnell to move the bill forward. He has the power to put the FIRST STEP Act on the Senate floor, but has yet to do so. In fact, according to anonymous sources, last week McConnell told the White House during a private meeting that there is likely not enough time to bring the bipartisan bill up for a vote before the end of the year.

McConnell’s Stalling Has Not Stopped the Pressure, Particularly Pressure from His Own Party

McConnell’s statement to the White House has seemed to only result in lawmakers from both parties redoubling their efforts to build support for the bill, so McConnell will change his mind about the passage of the First Step Act. Indeed, the pressure on McConnell has grown to an intense level. Here are just a few examples of public statements specifically designed to influence the Senate Majority Leader.

Last week, the President enthusiastically endorsed the proposed FIRST STEP Act bill, stating that it “will make our communities safer and give former inmates a second chance at life after they have served their time” and that he would “be waiting with [his] pen” to sign the legislation. This past Friday, November 23, he said on Twitter that McConnell and Senate Minority Leader Chuck Schumer “have a real chance to do something so badly needed in our country . . . [the FIRST STEP Act] would be a major victory.” The President clearly supports the passage of the First Step Act.

Current House Speaker Paul Ryan indicated that the House would pass the bill once the compromise bill got through the Senate. Senate Judiciary Committee Chairman Senator Chuck Grassley emphatically urged his GOP colleagues that “NOW is time” to pass criminal justice reform, and that this is “a golden opportunity” to pass a historic bipartisan bill.

McConnell, however, remains non-committal at best, stating “the support for, and length of time needed to move the new bill, is not knowable at this moment.”

It is unclear why McConnell seems adamant on keeping this major criminal justice reform bill off of the Senate floor. Most lawmakers and commentators recognize that this could be the one and only chance for this bill to pass. That is because with the new Democratically controlled House charging into office come January, it is highly likely that more progressive newcomers in the House will not be satisfied with the moderate provisions in the current reform bill.

With so much energy and bipartisan support behind the FIRST STEP Act, including the White House, it seems like the bill is truly on the verge of becoming law. Only Mitch McConnell stands in the way. Will he remain immovable in the face of such intense political pressure? We can only wait and see.