A Tentative Deal in the Senate May Finally Pave the Way for the Most Substantial Rewrite of the Nation’s Criminal Justice Laws in a Generation.

Having just worked our way through a blistering midterm election season, there is little question that our country is divided. Indeed, come January 2019, Congress will officially be divided with a Senate still controlled by the Republicans and the House controlled by the Democrats.

With all of the polarization inside, and outside, of Washington D.C., it is hard to think of any issue that would bring the two parties together. That is essentially true, save for one issue – criminal justice reform. The one thing Democrats and Republicans seem to agree on is that our criminal justice system is broken, terribly broken. A few statistics demonstrate the point.

In that context, prison and sentencing reform bills have been bouncing around Congress for the last several years. Finally, with a recent bipartisan agreement among some Senators on the Senate Judiciary Committee, it looks like the First Step Act prison reform bill could actually make it to the finish line.

To understand the current bill that is poised for passage, here is a little background on how we got to this point. 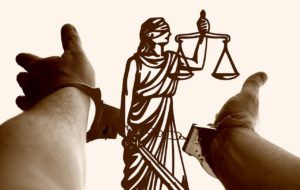 This past May, the House of Representatives passed the FIRST STEP Act, which is short for the “Formerly Incarcerated Reenter Society Transformed Safely Transitioning Every Person Act,” (boy, the House members sure do like their acronyms). It is a prison reform package that was focused solely on “back-end” issues, i.e., issues relating to reducing time for people already in prison.

• a “risk and needs assessment” system to identify the risk posed by a soon-to-be-released prisoner;
• funding to encourage vocational and rehabilitative programs;
• an increase in available “good time credits” to reduce aggregate time in prison; and
• female health reforms.

One large criticism of the FIRST STEP Act prison reform bill, however, was that there was a far more expansive bill of both prison and sentencing (i.e., “front-end”) reforms in the Senate, called the Sentencing Reform and Corrections Act (SCRA).

The Sentencing Reform and Corrections Act has been languishing in the Senate for a number of years. It is a bill that primarily focuses on “front-end,” i.e., sentencing, issues. Simply stated, “front-end” sentencing issues deal with mandatory minimum sentencing and other criminal justice issues that confront a defendant before he or she goes to prison. “Back-end” prison reform, on the other hand, is directed at helping those already in prison.

The mass incarceration problem in the United States is primarily due to the harsh mandatory minimum sentences put in place many years ago. That is why many in Congress see the SCRA as having a much greater, more important, impact on criminal justice in this country than the FIRST STEP Act. That said, however, proponents of the FIRST STEP Act prison reform bill argue that to get agreement we need to start somewhere.

The SCRA, significantly, had bipartisan support from prominent Republican Chuck Grassley as well as prominent Democrat Dick Durbin. Mitch McConnell, however, has refused to advance the SCRA in the Senate, and Jeff Sessions, both as Senator and Attorney General, worked hard to keep the SCRA from seeing the light of day.

The New Bill That Could Pass Both the House and Senate

When the FIRST STEP Act prison reform bill passed the House and moved to the Senate, the initial reaction was that it would not go far, primarily because it did not tackle the important “front-end” sentencing reforms that are so desperately needed. However, with some compromising, it now appears that the FIRST STEP Act will be modified to take on some of those “front-end” reforms important to Grassley and Durbin. Moreover, the absence of Jeff Sessions in Washington D.C., as well as Acting Attorney General Matthew G. Whitaker’s support for the bill, will also make it easier for reform to actually happen.

Some of the features of the combined prison and sentencing reform bill include:

Waiting on the White House

The combined prison reform bill that seems to be taking shape in the Senate has a great deal of support from people and organizations ranging from the ALCU to the Koch brothers. Law enforcement is behind the reforms, and it has support from White House insider Jared Kushner.

Just recently, the President made a public statement indicating support for the criminal justice reforms. If that backing remains, then we may just have the most sweeping change in criminal justice policy in a generation become law IF it can receive floor time in the Senate.

While there appears to be support for the First Step Act prison reform bill from both houses of Congress and the White House, one problem has presented itself: time.

This past Thursday the NY Times reported that McConnell had a meeting at the White House to discuss the legislative agenda for the final few weeks of the term. According to insiders, McConnell stated that it would take 10 days of debate for the bill to pass the Senate floor. With the term ending on December 14, this presents a real problem.

According to McConnell, he’s open to pushing the bill forward, but needs to “see how it stacks up against our other priorities going into the end of our session.” His spokesperson, Don Stewart, echoed this, stating, “The support for, and length of time needed to move this bill is not knowable at this moment.”

Where we currently stand is that McConnell publicly says that he will push the First Step Act prison reform bill forward if there are the votes, whether this session or next year. But the term is coming to a close. While no one knows what will happen, it does appear to us as though criminal justice reforms will come to fruition sooner rather than later. The big question is whether this will occur this term or next.

Since McConnell’s comments, Senator Chuck Grassley, Chair of the Senate Judiciary Committee, has been tweeting relentlessly about the First Step Act. In some tweets, he essentially called McConnell on the carpet, pointing to the support he provided to help push through two Supreme Court justices and numerous other federal judges. Grassley suggested in a tweet that it was time for McConnell to reciprocate.

We will know more in the next ten days about where the legislation is going to go. There has been no formal whip count as of yet. There is tremendous pressure on McConnell to give the bill floor time. So, do not count the First Step Act prison reform bill out yet.