Before the First Step Act can become law, it must be passed out of the House of Representatives and voted on in the Senate. Then the President must sign it.

The bill is expected to receive a floor vote in the House by the end of May 2018. The bill’s fate in the Senate remains promising, but some activists oppose the First Step Act because it does not include sentencing reforms. 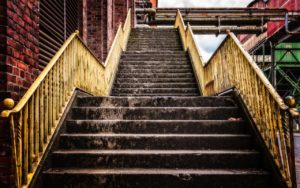 Here are key points about the First Step Act:

1. The First Step Act Requires The Development Of A Risk And Needs Assessment System

Within 180 days after the First Step Act becomes law, the Attorney General is required to develop a “Risk and Needs Assessment System.” The system will gauge individual prisoner recidivism risk, and help Bureau of Prisons (BOP) staff decide which recidivism reduction programs individuals should participate in. After the system has been developed, the BOP has 180 days to begin implementation. Priority for program participation will be given to prisoners, at least initially, who are within two years of release.

All of the recidivism reduction programs contemplated by the First Step Act must be “evidence based.”

Further, the First Step Act allows the BOP to “use existing risk and needs assessment tools, as appropriate.” The BOP previously developed a risk and needs assessment tool called the “Inmate Skills Development System” (ISDS). But the BOP has been phasing out ISDS in anticipation of the rollout of “Insight,” a new program that “will enable institutions to better track an inmate’s progress in correctional programming and will allow subject matter experts to include feedback about the inmate.”1

I expect the BOP to likely use “Insight,” or whatever new name the BOP may give to that system, as the “Risk and Needs Assessment System” required by the First Step Act.

3. First Step Act Also Offers Prisoners The Opportunity To Spend Longer Amounts Of Time In Pre-Release Custody Through The Accumulation Of Time Credits

Eligible prisoners who participate in “recidivism reduction programming” or “productive activities” can receive “time credits” that increase the amount of time a prisoner spends in pre-release custody in either a halfway house or on home confinement. The amount of time credits that can be earned under the First Step Act federal prison reform bill are as follows:

Programs taken before passage of the First Step Act do not qualify for time credits.

Once a prisoner has “been determined to be at minimum risk or low risk for recidivating pursuant to their last two reassessments,” the accumulated time credits may be used to transfer the prisoner to pre-release custody.

The Director of the BOP may only deny an eligible prisoner’s transfer to pre-release custody if the Warden “if the warden of the prison finds by clear and convincing evidence that the prisoner should not be transferred into prerelease custody based only on evidence of the prisoner’s actions after the conviction of such prisoner and not based on evidence from the underlying conviction, and submits a detailed written statement regarding such finding to the Director of the Bureau of Prisons.”

Pre-release custody may be spent on home confinement or in a Residential Reentry Center, more commonly known as a federal halfway house

In addition to allowing federal prisoners the opportunity to spend longer amounts of time in pre-release custody, the First Step Act federal prison reform fixes a longstanding problem with how federal good conduct time is calculated.

Under existing law, federal prisoners who maintain good conduct can receive a reduction equal to 47 days a year for each year of imprisonment that was imposed. The existing statute requires the BOP to award 54 days of good conduct time, but the BOP interprets the current statute as requiring prisoners to fully serve a year before earning the 54 days. The Supreme Court in Barber v. Thomas, 560 U.S. 474 (2010) upheld the BOP’s interpretation of the current good time law.

These changes would apply immediately once the law is enacted. It is expected that 4,000 BOP prisoners would be subject to immediate release if the good time component of the law passes.

5. Non Citizens Can Participate In Recidivism Reduction Programs And Productive Activities Under the First Step Act

Prisoners subject to deportation are eligible to receive time credits that accelerate their release to pre-release custody, just like U.S. citizens. However, rather than being transferred to a halfway house or home confinement in the United States, prisoners facing deportation would be turned over to ICE for deportation.

6. The First Step Act Bars The Shackling Of Pregnant Prisoners

The First Step Act also formally bars the BOP from generally using “restraints on prisoners during the period of pregnancy, labor, and postpartum recovery prohibited.”

7. The First Step Act Requires The BOP To Keep Prisoners Closer To Their Families

8. The First Step Act Changes The Way Compassionate Release Requests Are Applied For

9. The First Step Act Requires The BOP To Assist Prisoners In Obtaining Identification

The First Step Act amends 18 U.S.C. 4042 by requiring the BOP to help prisoners obtain “obtain identification, including a social security card, driver’s license or other official photo identification, and a birth certificate.”

10. The First Step Act Expands Who UNICOR Can Sell To

The First Step Act grants Federal Prison Industries, commonly known as UNICOR, wider authority to sell to different entities. This expanded authority is intended to create greater work opportunities for federal prisoners. The First Step Act further directs that at least 15 percent a prisoner’s UNICOR wages be held in a special fund for the prisoner’s use upon release.

The First Step Act also makes other changes, such as requiring the BOP to provide tampons and sanitary napkins to female prisoners at no cost. The bill also requires the BOP to pilot mentorship programs between young prisoners and members of the community, which may include formerly incarcerated persons.

Unfortunately, the First Step Act excludes a large number of offenders from earning pre-release time credits. Any person serving a sentence for a violation of the following are excluded:

‘‘(ii) Section 115, relating to influencing, impeding, or retaliating against a Federal official by injuring a family member, except for a threat made in violation of that section.

‘‘(iii) Any section of chapter 10, relating to biological weapons.

‘‘(iv) Any section of chapter 11B, relating to chemical weapons.

‘‘(viii) Any section of chapter 39, relating to explosives and other dangerous articles, except for section 836 (relating to the transportation of fireworks into a State prohibiting sale or use).

‘(xi) Section 924(e), relating to unlawful possession of a firearm by a person with 3 or more convictions for a violent felony.

‘(xii) Section 1030(a)(1), relating to fraud and related activity in connection with computers.

‘‘(xiv) Any section of chapter 55, relating to kidnapping.

‘‘(xv) Any offense under chapter 77, relating to peonage, slavery and trafficking in persons, except for sections 1592 through 1596.

‘‘(xviii) Section 1992, relating to terrorist attacks and other violence against railroad carriers and against mass transportation systems on land, on water, or through the air.

‘(xxi) Section 2119(3), relating to taking a motor vehicle (commonly referred to as ‘carjacking’) that results in death.

‘‘(xxiii) Any section of chapter 109A, relating to sexual abuse, except that with regard to section 2244, only a conviction under subsection (c) of that section (relating to abusive sexual contact involving young children) shall make a prisoner ineligible under this subparagraph.

‘‘(xxiv) Section 2251, relating to the sexual exploitation of children.

‘‘(xxv) Section 2251A, relating to the selling or buying of children.

‘‘(xxvi) Any of paragraphs (1) through (3) of section 2252(a), relating to certain activities relating to material involving the sexual exploitation of minors.

‘‘(xxvii) A second or subsequent conviction   under   any of paragraph (1) through (6) of section 2252A(a), relating to certain activities relating to material constituting or containing child pornography.

‘‘(xxviii) Section 2260, relating to the production of sexually explicit depictions of a minor for importation into the United States.

‘‘(xxix) Section 2283, relating to the transportation of explosive biological, chemical, or radioactive or nuclear materials.

‘‘(xxxi) Section 2291, relating to the destruction of a vessel or maritime facility, but only if the conduct which led to the conviction involved a substantial risk of death or serious bodily injury.

‘‘(xxxii) Any section of chapter 113B, relating to terrorism.

‘‘(xxxv) Section 2442, relating to the recruitment or use of child soldiers.

‘‘(xxxvi) Section 57(b) of the Atomic Energy Act of 1954 (42 U.S.C. 2077(b)), relating to the engagement or participation in the development or production of special nuclear material.

‘‘(xli) Section 60123(b) of title 49, United States Code, relating to damaging or destroying a pipeline facility, but only if the conduct which led to the conviction involved a substantial risk of death or serious bodily injury.

‘‘(xlii) Section 401(a) of the Controlled Substances Act (21 U.S.C. 841), relating to manufacturing or distributing a controlled substance, but only in the case of a conviction for an offense described in Subparagraph (A), (B), or (C) of subsection (b)(1) of that section for which death or serious bodily injury resulted from the use of such substance.

‘‘(xlvi) Section 601 of the National Security Act of 1947 (50 U.S.C. 3121), relating to the protection of identities of certain United States undercover intelligence officers, agents, informants, and sources.

You can also read our First Step Act FAQ here.

Posted in Legislation
← What Is Sentencing Bargaining, and Why Do We Do It?To Plea or Not to Plea? Horror Stories After Rejecting A Plea Deal →