Sentencing after trial can be quite different after accepting a plea bargain. The “discount” that a plea bargain provides comes at a significant cost to a person’s life. A defendant must consider all aspects of their case before they accept a plea deal. Individuals must examine everything from the strength of the prosecutor’s case to the defendant’s willingness to plead guilty.

But a person must also realize that a plea deal is a double-edged sword. While accepting one may obtain a shorter sentence, rejecting one can lead to harsher punishment. Here are two examples of the sentences that followed when the defendant did not accept a plea bargain. 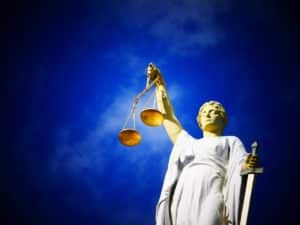 February 23, 2015, in a town close to Montgomery, Alabama. Five young men, ranging in age from 16 to 23 years old, break into several private homes to steal what they can. However, when they reach one of the homes, they find themselves face-to-face with the police.

As they attempt to flee the scene, the 16-year-old suspect begins shooting at the police officers with a revolver. One officer returns fire, killing the 16-year-old. The remaining four are taken into custody and charged with burglary, theft, and felony murder. Felony murder, of course, holds a person responsible for any death that occurs while committing a felony.

Prosecutors offered a plea deal to one of the suspects, 18-year-old Lakeith Smith. In exchange, they offered to recommend a 25-year prison sentence to Smith. Smith turned it down.

Last month, the judge on the case sentenced Smith to 65 years in prison. Smith laughed when he heard the announcement.

In imposing sentence, the judge noted that Smith showed no remorse for his actions at trial. Even at the prompting of his own grandfather at the sentencing hearing, Smith was reluctant to apologize for engaging in a crime that led to the death of his 16-year-old accomplice. The judge summed up Smith’s attitude in one sentence: “You just don’t get it, do you?”.

A young man in south New Jersey went to the motor vehicle office and, without her knowledge, had the title to his girlfriend’s car put in his name. Shortly thereafter, the man and his girlfriend got in a fight. During this altercation, he struck her down and stomped on her back while wearing his Timberland boots. Following this, the man took the keys to her car and drove off.

When the case came into the hands of the Camden County Prosecutor office, they offered him a deal. In exchange for a guilty plea, they would recommend for him to serve only six months in prison. The man refused.

The New Jersey Attorney General’s Office then took over the case. They incorporated the motor vehicle fraud violations with the assault and robbery charges. When the man went to trial, he was ultimately found guilty of all the remaining charges against him. When he arrived at his sentencing hearing, the court had him serve 11 years behind bars.

In both examples above, the defendants did not take the plea bargains, resulting in longer, harsher sentences. The family of that 18-year-old youngster will now lose virtually all contact with him for 65 years. The same could be said of the New Jersey man. He has now lost a decade of his life by rejecting the plea bargain. It is a true tragedy that our justice system is so reliant on these deals. Even so, there are two schools of thought on the plea deal calculus.

Some criminal law scholars advocate in favor of the important role plea bargains play in our system of justice. Nearly 97% of all criminal cases are resolved by pleas. If everyone opted for trial, it is possible that the justice system would rapidly collapse under the strain.

Further, plea agreements are essentially contracts between the prosecution and the defense, which brings some certainty and stability in the process. That stability benefits all parties when compared with the uncertainty of a jury outcome.

Plea deals also allow a defendant to have some control over their trial and sentence length. If they agree to a plea deal, the defendant As a result, the defendant will get a shorter sentence for pleading early rather than spending the resources by going to trial. The examples above clearly show that the initial plea offer made was far lower than the actual sentence following a trial. At the same time, the defendant can score credibility points with the judge by taking responsibility for his or her actions.

Plea bargains are the lifeblood of the criminal justice system. The existence of the practice allows the efficient resolution of cases, predictability in the outcome of a case, and saves the taxpayer considerable resources by avoiding an overwhelming number of trials.

Conversely, some believe that this bargaining system is inherently flawed, as it lacks oversight from an objective judge. The prosecutor does not have to provide all documents to the defendant at the very beginning of the process. Therefore, he or she may make an offer in which the defendant has little context to understand whether it is a fair one.

In addition, many believe that the prosecutor has all the leverage in a plea negotiation for the following reasons:

If a defendant accepts a plea bargain, it is likely that they will have a favorable outcome to their case. After all, their sentence will likely be lower then whatever they may have obtained if they went to trial. However, we need to be careful if our system of justice leads to people pleading guilty when they are, in fact, innocent. When innocent people pleading guilty becomes the more rational choice, then there is a complete failure in the process.

If you or a loved one have been charged with a federal crime, contact Brandon Sample PLC.  Attorney and criminal justice reform advocate, Brandon can provide you with experienced legal advice and representation. He has represented many federal defendants nationwide and can provide you with a seasoned and vigorous defense. Call for a free consultation today at 802-444-HELP.