In this week’s roundup, we’re going to take a look at the current state of the United States Supreme Court calendar, and get quick summaries of all of the criminal cases that are before the Court this term. But, before diving into the cases, here’s a little background on how the Court administers its cases.

The Court’s Term and Its Caseload 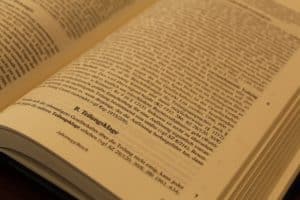 That is not something that should deter litigants, however. The Supreme Court is always looking to hear cases that are of national importance or deal with new, novel interpretations of the law. Therefore, if you have a case that has important implications under the Constitution or other federal law, there is a greater chance that the Court will want to hear that particular case.

This year’s term is so far shaping up to have some very intriguing criminal issues coming before the Court. As you can see, there are a few Eighth Amendment questions, particularly involving capital punishment; there are two cases about how state crimes work alongside a federal law called the Armed Career Criminal Act; and there is a direct challenge to a long-held exception to the Double Jeopardy Clause.

As you know, the Court has been hearing cases since the term began on October 1, and it is still reviewing new cases as they come in. Therefore, this list is a current snapshot of the criminal cases currently on the calendar and scheduled to be heard (or were recently heard) before the Court. We’ll provide updates in our next Supreme Court Roundup.

Can an inmate challenge Missouri’s method of administering the death penalty?

Russell Bucklew claims that he has a medical condition that would make death by lethal injection result in severe pain and needless suffering in violation of the Eighth Amendment’s prohibition of cruel and unusual punishment. The Court is asked to decide whether the Eighth Amendment requires that an inmate prove an adequate alternative method of execution, and what evidence is required to determine if the alternative method reduces the risk of severe pain. The case also involves a question as to whether an inmate can challenge the qualifications of the officials who actually carry out the execution.

Did the Mississippi Supreme Court properly apply Batson v. Kentucky, 476 U.S. 79 (1986), the case that makes it illegal to strike trial jurors based on race?

The Supreme Court case of Batson v. Kentucky prohibits a prosecutor from striking criminal jurors off a jury panel based on race. In this case, a criminal defendant was ultimately convicted of the murder of four individuals after multiple trials with multiple trial errors. In his last trial, the defendant argued that the jury was selected in a racially discriminatory manner because the prosecutor struck five African-American prospective jurors. The Mississippi Supreme Court found no violation. The Court will now consider whether the Mississippi Supreme Court improperly applied Batson.

Should the “separate sovereigns” exception to the Double Jeopardy Clause be overruled?

For many years the Supreme Court has upheld an exception to the Double Jeopardy Clause called the “separate sovereigns” doctrine. While the Double Jeopardy Clause typically prohibits trying someone for the same offense twice, the doctrine states that a person can be tried for the same offense if separate sovereigns, such as the federal government and a state government, have jurisdiction over the crime. In this case, defendant Gamble was tried for gun possession as a felon in both state and federal court. The Court will now revisit the “separate sovereigns” doctrine to determine whether it should be overruled.

Defendant Garza pleaded guilty to two offenses and waived his right to appeal. Four months later, Garza filed a post-conviction relief petition alleging that his counsel was ineffective for not filing appeals. The attorney did not do so because Garza waived his right. The Idaho Supreme Court held that there was no “presumption” of ineffective assistance when counsel declines to file an appeal in light of an appeal waiver. That decision runs counter to the holdings of the majority of federal courts. The Court will therefore decide whether Idaho, or the majority of federal courts, are correct.

Does the Sex Offender Notification and Registration Act’s delegation of authority to the U.S. Attorney General to issue regulations violate the “non-delegation doctrine?”

The Court agreed to hear only a narrow issue in this case. It will decide whether the sex offender law is unable to authorize the Attorney General to impose registration requirements on offenders who were convicted before the law was enacted. That is because federal authorities convicted an individual for failing to register though he was convicted of his offenses prior to the law being enacted.

Does the Eighth Amendment prohibit the execution of an inmate whose mental disability has resulted in him not being able to remember the crime or understand the circumstances of his execution?

Defendant Madison has been on death row for over 30 years. He has suffered several strokes and is seriously disabled. He was found by the Eleventh Circuit Court of Appeals to be incompetent to be executed in 2016. However, the U.S. Supreme Court reversed that finding under a particular federal law. Madison now re-appeals to the Supreme Court, asking that he be found incompetent to be executed under the Eighth Amendment.

Should a term of supervised release for one offense be paused by imprisonment for another offense?

If a non-citizen is not taken into immigration custody immediately after being released from jail, then is he exempt from mandatory detention under our immigration laws?

The Circuit Courts of Appeal seem to disagree on whether a non-citizen is subject to mandatory detention if the federal authorities do not immediately take a non-citizen into custody after he or she has completed serving a criminal sentence. The Court will decide how to resolve the disagreement.

Does probable cause defeat a First Amendment retaliatory-arrest claim under our civil rights laws?

Defendant Bartlett was arrested for disorderly conduct and harassment, and he filed a civil rights lawsuit against the arresting officers for retaliatory arrest. The Supreme Court previously held that a person could not make a retaliatory prosecution claim if the charges against him were supported by probable cause. However, that rule does not necessarily extend to retaliatory arrest claims. The lower court in this case held that even if the arresting officers had probable cause, Bartlett could still claim that he suffered a retaliatory arrest. The Court will clarify if that is correct.

Does a state robbery offense become a “violent felony” under the Armed Career Criminal Act when the state has interpreted the offense to only require slight force as an element of the offense?

Defendant Stokeling pleaded guilty to federal gun possession charges. He had previous Florida robbery convictions on his record. He was subjected to enhanced sentencing under the Armed Career Criminal Act. However, Stokeling claims that his robbery convictions cannot be “violent felonies,” triggering the Act, because the Florida robbery statute is interpreted as only requiring slight force to meet the “overcoming victim resistance” element of robbery. The Court will decide whether slight force is enough to trigger the Armed Career Criminal Act.

Is the Eighth Amendment’s excessive fines clause applicable to the States through incorporation of the Fourteenth Amendment?

Does imposing a mandatory minimum on a criminal defendant for engaging in crimes while on supervised release violate the Fifth and Sixth Amendments, when the additional crimes were found upon a preponderance of the evidence?

Defendant Haymond was convicted for possession of child pornography. During his supervised release a surprise search revealed that he had additional child pornography on his devices. The district court found, by a preponderance of the evidence, that he had possessed child pornography, and imposed a mandatory minimum sentence of five years incarceration. On appeal, the Tenth Circuit agreed that Haymond’s constitutional rights were violated by sending him to prison based on facts not found by a jury. The Court will decide whether the district court’s finding by a preponderance is enough to sentence the defendant to imprisonment.

Is the Arkansas crime of “residential burglary” and the Tennessee crime of “aggravated burglary” the same as “general burglary” that triggers enhanced sentencing under the Armed Career Criminal Act?

This case involves a question of whether the elements of certain state crimes are “the same as, or narrower than,” the elements of the general offense of burglary. The applicability of the Armed Career Criminal Act to the defendants in the case (i.e., whether they have committed “violent felonies”) hinges on the answer to that question.

That is it for the Supreme Court Roundup this week. Tune in next week for updates.

Posted in Habeas Corpus
← First Step Act: There Will be a VoteProposed Amendments to the Sentencing Guidelines Published →