The proposed amendments include the following major categories of changes to the sentencing guidelines: 1) calculating retroactive sentence reductions in light of Koons v. United States and 2) determining whether a defendant’s prior conviction constitutes a “crime of violence” for purposes of enhanced sentencing.

Proposed Amendments to the Federal Sentencing Guidelines Based on Koons v. United States 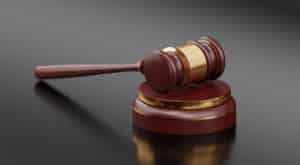 Proposed Amendments to the Sentencing Guidelines

The Supreme Court found that the defendant was not eligible for the sentence reduction, even though it applied retroactively, because his sentence was based on a reduction for his substantial cooperation with the government. Criminal justice advocates decried the nonsensical result of this ruling and have pushed for amendments to the sentencing guidelines to rectify this issue.

District courts are required to classify a defendant’s prior criminal convictions as either a “crime of violence” or “controlled substance offense” for purposes of determining whether an enhanced sentence must be imposed for the current offense. As it stands, the district courts assume a categorical approach to classifying an offense. This means that they turn to the enumerated elements of a statute to see if an offense fits the definition of a violent crime.

The proposed amendments would make the defendant’s actual conduct in the commission of the prior offense part of the focus of the court’s modified categorical approach in classifying a violent crime. The sentencing court would still factor in the actual elements of the crime in its analysis, but it would be able to look beyond the record of conviction and statutory elements to other sources from the judicial record. This would include the charging documents, the jury instructions, the jury’s factual findings, the substance of a plea agreement and any transcript in which the defendant confirms the factual findings for a guilty plea.

Along those same lines, the proposed amendments seek to clarify the varying definitions of inchoate offenses, such as attempt, conspiracy and solicitation, when analyzing whether to classify an attempt as a violent crime or part of a controlled substance offense. The proposed amendments provide three options for clarifying those definitions, including looking only to the underlying substantive offense to see if it would qualify as a crime of violence and then applying that definition to any inchoate convictions the defendant had for that offense.