Fines and asset forfeiture are common elements of sentencing in cases involving theft or fraud. The government can seize a defendant's assets that are alleged to have been involved in his criminal activities. However, the court may order that assets be turned back over to the defendant at sentencing. One of the ways that defendants challenge the government's seizure of their assets is by arguing that they are essentially a form of "excessive fine," which is banned by the Eighth Amendment. The Supreme Court recently heard arguments in Timbs v. Indiana about whether the Eighth Amendment's ban on excessive fines has been incorporated against the states per the Fourteenth Amendment. 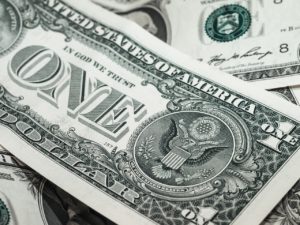 Pursuant to the Eighth Amendment, the federal government may not impose "excessive fines." The Supreme Court case of United States v. Bajakajian established some of the outer bounds of what is considered an excessive fine in federal cases. The principle of proportionality is key in determining whether a fine is excessive. The Supreme Court held that a fine violates the Eighth Amendment if it is "grossly disproportionate to the gravity of defendant’s offense."

Incorporating the Eighth Amendment Against the States

The Fourteenth Amendment incorporates the Bill of Rights against the states, which includes the Eighth Amendment. However, there has not yet been a clear application of the excessive fine prohibition to the activities of state and local governments.

The Issue of Excessive Fines in Timbs v. Indiana

In Timbs v. Indiana, the defendant purchased a vehicle for $42,000 using the payout from his father's life insurance. He used the vehicle to transport heroin across Indiana. He was caught in a transaction with a criminal informant and was arrested. He accepted a plea deal and was sentenced to serve six years in prison with all but one year suspended. He was also fined $1,200. The government argued that the defendant should have to forfeit the vehicle he used to transport the drugs.

Bipartisan Support for a Closer Look at Excessive Fines

Many groups filed amicus briefs in Timbs v. Indiana because the issue of asset forfeiture and excessive fines concerns the potential overreach of state and local governments in the way that they prosecute crimes. If state and local governments are left unchecked in their seizure of assets from private citizens, they may have an incentive to only prosecute those crimes that result in the most financial gain to the government.

Challenging the Imposition of Excessive Fines and Asset Forfeiture

The outcome of Timbs v. Indiana will have a major impact on how asset forfeiture actions will be treated at the state level. If you or a loved one are involved in a criminal prosecution in which asset forfeiture may be a result of the proceedings, then this pending case is one that should be followed closely. If the Supreme Court rules that the states are bound by the Eighth Amendment's ban on excessive fines, then there may be a large opening to challenge the constitutionality of the value of the asset seizure during sentencing. This is especially true if the value of the assets seized is disproportionate to the seriousness of the offense at issue.

Posted in Sentencing
← Sentence Reduction: Adopting the Letter, Not the Spirit of the LawCriminal Forfeiture and Substitute Property →