If a criminal defendant is at the point of already being convicted and sentenced to prison time for a federal offense, then a sentence reduction is a positive development. But what happens if the district court disagrees with an appellate court order for a sentence reduction based on the unreasonableness of the original sentence? The Second Circuit recently considered the issue of whether the fact that a district court ultimately reduced a defendant's sentence for different reasons than the appellate court listed in its mandate is grounds for an appeal in the case of U.S. v. Sawyer. 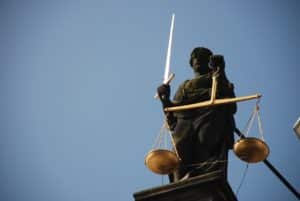 If the appellate court determines that a sentence reduction is warranted, it will issue a mandate to the district court that must be followed. The Second Circuit case of Burrell v. U.S. confirmed this principle, which is known as the mandate rule.

In the case of U.S. v. Sawyer, the defendant received a 30-year prison sentence after pleading guilty to several counts of sexual offenses involving children. Before the defendant's most recent appeal, the Second Circuit already remanded the case back to the district court once before because the appellate court determined that the sentencing judge did not sufficiently take into account the defendant's troubled upbringing in imposing a sentence. There was a substantial amount of evidence in the record that the defendant had endured a horrific childhood. The defendant also did not have any significant criminal history prior to this case.

The Impact of U.S. v. Sawyer on Sentence Reductions

The outcome of U.S. v. Sawyer is a good reminder that the ultimate goal in appealing a prison sentence is to have the conviction overturned or prison sentence reduced no matter the underlying reasoning that the court adopts. The fact that the district court was willing to reduce the defendant's sentence based on his post-sentencing rehabilitative actions alone is promising news for defendants. Even while a case is up for appeal, it is prudent for any criminal defendant to work with his attorney to identify ways that he can demonstrate rehabilitation. These efforts may pay dividends at re-sentencing, especially if the district court remains unmoved by any of the mitigating factors that a proactive criminal defense attorney would urge the sentencing court to consider.

In sum, U.S. v. Sawyer demonstrates the value of working with an engaged and dedicated criminal defense lawyer, such as Brandon Sample, Esq. While focusing on the legal details of any criminal appeal is essential, it can be equally beneficial to have an attentive lawyer in your corner to help you put your best rehabilitated foot forward for a potential sentence reduction.