If a defendant is charged with a crime, the government may also bring a criminal forfeiture action to collect the property used in the criminal activity. When the defendant's actual property is not available, the government can obtain an order for the value of the property instead. The Ninth Circuit Court of Appeals tackled the issue of whether a defendant’s personal funds can be seized instead of the actual substance that the defendant was charged with smuggling in the case of United States v. Valdez.

What is Criminal Forfeiture? 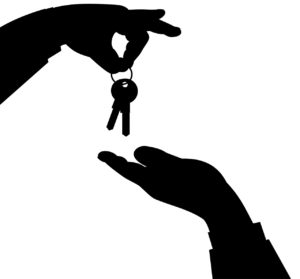 The Issue of Criminal Forfeiture in United States v. Valdez

In United States v. Valdez, the defendant pleaded guilty to the attempted smuggling of more than 10,000 rounds of ammunition from the U.S. into Mexico. Even though the actual rounds of ammunition were subject to seizure by the FBI, the government declined to seize that property. The FBI instead sought the defendant's personal funds as a substitute forfeiture pursuant to 21 USC § 853(p) and 28 USC § 2461(c). The defendant was ordered to pay a personal judgment in the amount of the value of the ammunition that she helped smuggle.

The Ninth Circuit Court of Appeals rejected the defendant's arguments and ruled that the district court properly ordered the criminal forfeiture of substitute property in that case. The appellate court was unpersuaded by the defendant's point that the timing of the government's arrest should not factor into whether substitute property is available through civil forfeiture.

Challenging the Government’s Seizure of Assets Through Criminal Forfeiture

The Ninth Circuit's ruling in United States v. Valdez is a strong reminder that criminal forfeiture orders have serious consequences and are extremely difficult to overcome. It is important to attempt to negotiate with the government into abandoning any criminal forfeiture action as a part of a plea agreement that the defendant signs. The amount that a defendant may have to pay for criminal forfeiture can be much more than any fines imposed.

If you or a loved one is charged with a crime that involves a criminal forfeiture action, the money or property seized by the government may have to be turned over in addition to any fines paid. It is prudent to contact an experienced criminal lawyer, such as Brandon Sample, Esq., to find out what the possibilities are for challenging a criminal forfeiture order.