Although Kentucky Senator Mitch McConnell has tried to kill the bill in the past, the drumbeat for a sentencing reform act is getting stronger and stronger. Indeed, even many of McConnell’s Republican colleagues see that sentencing reform is the fair and decent thing to do.

That is because the sentencing picture in the United States looks grim. Our experiment in mass incarceration over the last three decades has not had any real results. If there were any positive results, they are vastly outweighed by the unfairness, the racism, and injustice that is systemic in the sentencing practices of our criminal justice system. 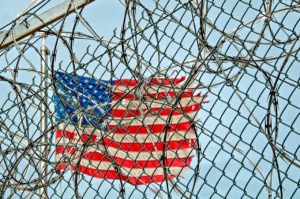 The Sentencing Reform Act seeks to reduce enhanced penalties for non-violent repeat drug offenders in an effort to reduce the draconian sentences imposed for non-violent crimes. It also takes away entirely the “three-strike” mandatory life provision, which allows for a life sentence when someone is convicted on three occasions. Finally, the Sentencing Reform Act will target enhanced penalties on those with prior convictions for serious violent crimes, or serious drug crimes.

The Sentencing Reform Act makes clear that enhanced mandatory minimum sentences are to be used only for those who use a gun during a crime of violence, or who have previously been convicted and served a sentence for a crime of violence. The bill allows judges to use their discretion for offenses involving people who illegally possess a gun, but never brandished or used the gun in the course of committing a crime of violence or a drug-trafficking crime.

6. Recidivism Reduction Programs to Ease Reentry into Life after Prison

The Sentencing Reform Act requires the Department of Justice (DOJ) to assess federal inmates by their risk of recidivism. Following the assessment, the DOJ then must assign inmates to an appropriate recidivism reduction program including work and education programs, drug rehab programs, job training, and faith-based programs. Those who successfully complete the programs become eligible for early release, or can complete their sentences in a non-prison setting (i.e., home confinement or halfway house).

The Sentencing Reform Act also has other changes, such as limiting solitary confinement for juveniles and improving the accuracy of criminal records. Significantly, the Sentencing Reform Act creates a National Criminal Justice Commission, which is charged with doing a comprehensive review of the criminal justice system. Such a comprehensive review has not been conducted in more than 50 years.

The Sentencing Reform Act, which was recently passed by the Senate Judiciary Committee and may move on to the full Senate, is encouraging. With all of the problems in federal sentencing, and all of the inequities stemming from the mass incarceration efforts in the U.S. since the 1980s, change is sorely overdue. The six major changes proposed in the Sentencing Reform Act are a good start to real reform. Sentencing advocates do not believe that the reforms in the bill go far enough. Yet, on the road to real sentencing reform, it is hopeful to see that the idea of mass incarceration is falling into the rear view mirror.

If you need professional, passionate sentencing advocacy, look no farther than Brandon Sample PLC.  Brandon has the skill, experience, and dedication to handle any federal sentencing matter you have.  Call 802-444-HELP today.