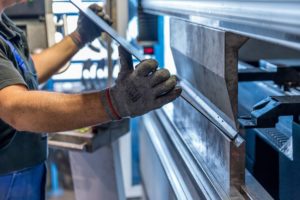 INPE, the national penitentiary institute, states that more than half of Peru’s incarcerated women are actively employed. The Peruvian penitentiary system currently houses nearly 5,000 women. Of that 5,000, nearly 85% are mothers, with families they must support at home. Some earn as much as $300 dollars a month – roughly the equivalent of an elementary school teacher in Peru. They produce leather goods, clothing, and textiles for private companies that use inmate labor to manufacture their products.

A typical Peruvian penitentiary offers new inmates training in sewing, weaving, and other skills to prepare them for employment with a private company operating within the prison. These jobs help prepare the inmates for release.

The Companies Behind the Initiative

One company with operations at the Cusco Female Penitentiary is the Danish company Carcel. Carcels goal is to provide female inmates with jobs and training. Employees work five days a week in five-hour shifts producing high-end, alpaca wool garments. Carcel also has a production base in Thailand–the country with the most female inmates in the world. In both Peru and Thailand, Carcel benchmarks inmate earnings against the national minimum wage.

Pieta, another company that relies on prison labor, employes both male and female inmates. It operates at some of the largest jails in Peru. The inmates produce shirts, sweaters, jackets and sneakers. Pieta pays a portion of each item’s sale price to the inmates. The company has five outlet stores in the Peruvian capital and is considering an international expansion. Pieta offers inmates continued employment after release from prison. If they seek work elsewhere, Pieta will give a recommendation and support.

Profiting off Prisoners in the US

In the United States, prison labor contributes significant value to the economy. The 1990’s saw a boom in private companies employing prisoners for tasks such as telemarketing and manufacturing circuit boards. The Federal Bureau of Prisons’ Federal Prison Industries program, also known as UNIC0R, had earnings of $500 million in 2016. Federal inmates working for UNICoR produce everything from military equipment to furniture and electronics, and provide a variety of services to both government and private entities. Private entities that have used penal labor include WalMart, Victoria’s Secret, Boeing, Starbucks and Whole Foods.

Despite this, prisoners do not receive fair wages for their work. Federal inmates working in a UNIC0R factory earn about 90 cents an hour on average. Companies with operations in state prisons may pay more, but many pay less. Inmates working for private companies rarely earn wages based on the national minimum wage. And with regular prison jobs pay little or nothing at all, inmates have limited job prospects.

In the United States, prisoners have gone on strikes over imposed labor for paltry wages. China reportedly has prisoners in internment camps making sportswear apparel. Some communities claim that local workers are displaced by the low wages private companies pay inmates at nearby prisons. People around the world lash out on social media at companies that use prison labor to produce their products.

Peter McAllister, the executive director of the Ethical Trading Initiative, describes prison labor like so, “On one hand, there are definitely well-intentioned brands with rehabilitation programs in place doing some good work all over the world.  On the other hand, there are big questions to be asked around whether inmates should ever form the mainstream production of a profit-driven label, particularly given how many unacceptable cases of prisoner exploitation exist.”

Carcel, with their operations in Peru and Thailand, could be considered a case study on the issue of aid versus exploitation. After more than two years operating at Cusco Female Penitentiary, prison authorities say the project has been a measurable success. Virginia Matamoros,- director of the prison, believes Carcel is an organized, formal company that provides good salaries, and pushes other companies to improve their pay rates and work schedules. The prison takes a 10 percent cut of inmate wages, workers keep a portion for living expenses, and Carcel pays the rest into their families’ bank accounts. “More than anything,” Matamoros says, “it is extremely positive for their self-esteem.”