Does Information About the Brain of a Defendant Help or Hurt in Criminal Sentencing? A Fascinating Experiment Gives Us the Answer 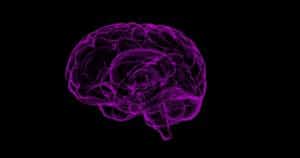 Creative criminal defense attorneys are now using brain evidence more frequently in criminal sentencing throughout the U.S. Brain scan data, such as that taken from an MRI or CAT scan, shows key information like damage, abnormalities, or disorders that could explain why a person committed a crime. This knowledge could allow for more leniency during their criminal sentencing.

Statistics show that brain scan evidence contribute to sentencing leniency in approximately 5% of murder cases at the appellate level. Moreover, brain scan evidence contributes to more lenient sentences in 25% of death penalty cases. The data does not lie. If there is evidence that a person lacks control over their actions because of an underlying mental illness, sentencing courts tend towards more lenient sentencing.

However, the use of brain scans as evidence in trails does have a dark side, especially for criminal defendants. Recent studies show that sentencing courts may recommend less prison time but more mandatory hospitalization.  Accordingly, the effective use of a brain scan as evidence requires a delicate touch by attorneys.  The goal is to lessen prison exposure while also keeping the chance for hospitalization constant.

It is not difficult to understand the human instinct to give leniency to a person who was, in some capacity, unable to control their actions. In fact, there are many areas of the law where criminal sentencing has some natural leniency.  We do not convict someone of a crime when they kill another in self-defense, or in the defense of others. It is also a complete defense of a criminal conviction if someone is determined to suffer from insanity.  We even allow “heat of passion” defense, for when someone is partially responsible, but suffered from a lapse in judgment.

Overall, we understand instinctively that if someone has a brain abnormality that impacts their judgment, then they may not be entirely responsible for their actions. Researchers wanted to reduce that gut instinct to factual evidence.  Hence, they conducted an experiment to gauge the kind of response people have to brain scan evidence.

In the experiment, researchers asked 330 volunteers to read through a case summary of a sexual assault case.  They were then asked for an initial criminal sentence recommendation.  This provided a baseline of the punishment they believed was appropriate.

Next, researchers told volunteers that the defendant in the case had either a neurobiological or psychological disorder and that it was either treatable or untreatable. The researchers then gave volunteers the ability to change their recommended sentence. Mandatory hospitalization was allowed as an option along with the option of prison.

However, in the cases where treatment was a question, the double-edged sword issue does not present itself. The experiment revealed that treatable disorders elicits both shorter prison sentences and shorter mandatory hospitalization terms than untreatable disorders.

What Does That Tell Us About the Use in Criminal Sentencing?

The main takeaway from the experiment is that people have competing motivations – justice and protection of society. We want justice when we believe that someone intentionally did wrong. Yet, if we feel the person cannot control his or her actions, then we still want to protect society. So, the use of brain scan evidence is a challenge for defendants and their attorneys. Like squeezing a balloon, the evidence may persuade a sentencing court to impose less prison time at the expense of more hospitalization time.

Moving forward, courts and policymakers will need to deal with how best to handle evidence of neurobiological disorders, and help sentencing courts be able to “separate the wheat from the chaff” with regards to the credibility, accuracy, and ultimate validity of the evidence.