In United States v. Mathes, Defendant Broderick Mathes was convicted of cocaine trafficking as well as related drug offenses. He was accused of helping to operate a large drug ring that made cocaine in Houston and shipped it to Baton Rouge where it was sold. His brother, Wilbert Mathes, was the leader of the operation. Despite various risks to his personal safety and having to offer up incriminating information about himself, Broderick Mathes testified at his brother's trial and cooperated with the government in gathering evidence against his brother. He was instrumental in explaining the complex network of money laundering and shipping logistics of the expansive drug manufacturing and distribution operation. In 2016, Wilbert Mathes was sentenced to 27 years in federal prison for drug trafficking thanks to the wealth of information and detailed testimony provided by Broderick Mathes. 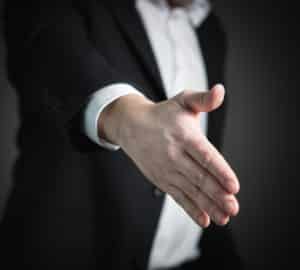 Cooperate with the Government

In an unfortunate development, Broderick Mathes received a prison sentence more than 10 years longer than the recommended maximum sentence per the United States Sentencing Guidelines. He was sentenced to serve 17 and 1/2 years in federal prison after pleading guilty to cocaine trafficking and gun charges. Evidence was later discovered that showed Mathes was not guilty of a gun offense that was included as one of the charges, which would have reduced his federal sentencing guideline range down to 70 to 87 months from an initial 188 to 235 months.

Even the government agreed that the length of the prison sentence handed down to Mathes was unreasonable. Despite all of these developments, the district court judge still sentenced him to a term that far exceeded what anyone would have expected in these circumstances. The district court cited the factors of Mathes' past criminal history and the fact that he was on work release from prison at the time that the offenses were committed as reasons in favor of a significant deviation from the federal sentencing guidelines. However, the Fifth Circuit ruled that it was an abuse of discretion to order such a large variance of 123 months more than the maximum from the federal sentencing guidelines recommendation, especially given that Mathes faced threats of violence to discourage him from cooperating with the government in testifying against his brother. Ultimately, the Fifth Circuit remanded the case back to the federal district court for resentencing more in line with the range of the federal sentencing guidelines.

If you or a loved one are facing federal criminal charges, it is prudent to coordinate closely with your attorney at all points during the investigation and trial. The decision to cooperate with the government should not be taken lightly, and it takes an experienced federal criminal defense advocate to make sure that all mitigating factors are taken into consideration if you get to the point of facing a sentencing hearing for your criminal offenses. Even if you have a criminal record or have violated parole, a knowledgeable federal criminal defense attorney like Brandon Sample can protect you against the imposition of an unreasonable prison sentence.