The Second Circuit Court of Appeals recently tackled a complicated issue involving the application of New York state drug laws to the federal sentencing guidelines for a defendant convicted of possessing Xanax with the intent to distribute and possessing a firearm as a convicted felon. In United States v. Townsend, the Second Circuit took a critical step forward in not penalizing federal criminal defendants as harshly just because they have a prior state criminal drug conviction. 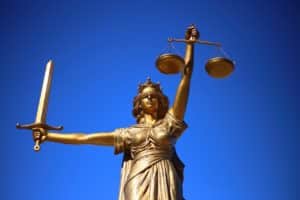 The Second Circuit ultimately reasoned that it did not make sense that one defendant with a prior criminal drug conviction in a state with harsher or more inclusive controlled substance lists should receive a tougher federal criminal sentence than a defendant in a state without such guidelines. While it is certainly possible that the federal controlled substance list could be amended at a later date to include even more banned substances, until that happens, federal criminal defendants will not be subjected to harsher criminal sentences based on their own states' laws that include more banned substances than would be considered at the federal level. The goal in this decision was more uniformity and fairness in the application of state laws covering prior drug convictions in federal sentencing decisions.

The outcome of United States v. Townsend is a positive development for those convicted of or facing sentencing for a federal crime with a prior state law drug conviction on their record. The Second Circuit will not factor in a prior state law conviction involving a substance that is not also listed on the federal list of controlled substances for purposes of sentencing. This means that federal defendants will not be overly penalized for prior state convictions involving a controlled substance that is not banned on the federal level.

It is important to bear in mind that this case is fairly recent and may not be top of mind for federal judges deciding subsequent sentencing issues. As such, it is vital to retain the services of a proactive federal criminal defense attorney when challenging a conviction or sentencing issue. This will ensure that you are able to take advantage of similar positive developments in major appellate criminal cases that might otherwise get overlooked during sentencing hearings.

Challenging a federal criminal charge with a prior drug conviction on your record is a complex endeavor. The best way to make sure that you or a loved one are not wrongly subjected to a tougher federal criminal sentence is to retain the services of an experienced and knowledgeable federal criminal defense advocate, such as Brandon Sample, Esq.

Attorney Brandon Sample has litigated many federal appeals cases, written extensively on this topic and served as a consultant on many issues involving federal sentencing guidelines, including for crimes involving drug charges and for clients with prior drug convictions. Call Brandon Sample right away at 802-444-HELP to get started on crafting a proactive legal defense in your criminal case.

Posted in Sentencing
← Should a Conviction Mean That You Can’t Vote?Juror Misconduct After a Conviction: Potential for New Trial? →