“These mandatory minimum sentences are perhaps a good example of the law of unintended consequences . . . “

The Objective of Mandatory Minimums - A Double-Edged Sword 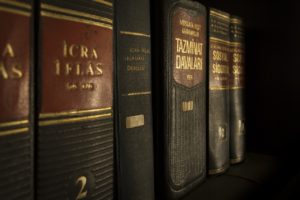 Indeed, there is an inherent tension in the criminal justice policies behind mandatory minimum sentences. On the one hand, we do not want judges from different courts to give two people who committed the same crime vastly different sentences. A modicum of consistency in sentences from court to court is a good thing, flowing from the moral principle enshrined on the U.S. Supreme Court building: “Equal Justice Under Law.”

On the other hand, we do not want such rigid sentencing formulas that a judge cannot exercise his or her own discretion to ensure that the punishment fits the crime based on each defendant’s specific circumstances. Equal justice also means fairness for each person based on his or her individual situation.

Therein lies the tension: uniformity versus individualized punishment. Those two competing goals are both important as a policy matter. That is where mandatory minimums come into play. In the aggregate, mandatory minimums try to incorporate both goals. They attempt to set some uniformity in sentencing based upon the type of crime, while also allowing judges to depart upward or downward from the recommended sentence based upon a defendant’s individual circumstances. This can be seen in both the federal and Pennsylvania's sentencing guidelines.

The term “mandatory minimum,” however, expresses that there is a minimum punishment for each crime. Stated differently, it creates a baseline, or floor, under which a sentence should not go. Thus, a minimum set too high could result in the kind of prison overcrowding we see in our prisons throughout the country.

The General Assembly directed the Commission to adopt sentencing guidelines that would be “considered by the sentencing court in determining the appropriate sentence for defendants who plead guilty or nolo contendere to, or who were found guilty of, felonies and misdemeanors.” Essentially, the guidelines were meant to find equality and fairness in sentencing such that each judge had a single reference to consult in sentencing individuals.

The most common mandatory minimum sentences in Pennsylvania involve convictions for the following offenses:

The History of the Pennsylvania Sentencing Guidelines

The first set of Pennsylvania's Sentencing Guidelines became effective in 1982. They were amended in 1983 and 1986. In 1987, the Pennsylvania Supreme Court took a major step and invalidated all the sentencing guidelines due to a procedural error in the legislative process when the first set of guidelines were coming into effect. Shortly thereafter, however, in 1988 the guidelines were re-promulgated with the General Assembly’s unanimous support.

Since that time, the Commission has regularly reviewed and revised Pennsylvania's sentencing guidelines as follows: