It is becoming increasingly clear that America’s experiment with mass incarceration is a failure. The United States has the dubious distinction of being the world leader in the number of citizens sitting behind bars even though our country is not the world leader in safer communities. Sentencing alternatives are needed.

Fortunately, the public is becoming increasingly aware of the problem. The huge racial and ethnic disparities in prison populations, the unsettling statistics on the likelihood of young people landing in jail rather than college, and the ever-increasing news stories about private corporations buying off politicians so they can run for-profit, privately owned prisons has sent a combined message to the nation that something with our prison system must change.

Some states, like New Jersey, have recently enacted legislation to aggressively de-populate prisons with some success. It also appears that the United States Sentencing Commission (USSC) is joining the chorus by amending the Federal Sentencing Guidelines to allow for more sentencing alternatives that do not include incarceration. Let’s take a closer look at that amendment. 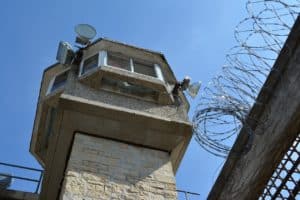 In mid-2017, the USSC publicly announced that it would consider an amendment to increase the availability of alternatives to incarceration as part of the Federal Sentencing Guidelines. Specifically, the USSC engaged in a multi-year study on recidivism.

The study showed that “first offenders” generally pose the lowest risk of recidivism. In addition, that conclusion comports with federal law already on the books, which directs that alternatives to incarceration are generally appropriate for first offenders who are not convicted of a violent or otherwise serious offense.

Accordingly, the proposed amendment allows for first offenders to get a decrease in their applicable “offense level.” That designation will, essentially, open up non-incarceration alternatives to a broader group of first-time offenders.

The Sentencing Project, a sentencing reform non-profit research and advocacy organization; Human Rights Watch; Gamaliel, a faith organization for change; and the American Civil Liberties Union all signed on to a joint letter commending the USSC for its proposed amendment on sentencing alternatives.

The USSC, through its study, found that about 10% of people sentenced in federal court in 2016 received a probationary sentence or one with mild confinement, such as home confinement or electronic monitoring. That is in contrast to 31% similarly sentenced individuals in state court. Thus, amending the Guidelines to allow for more sentencing alternatives for first offenders is a good step towards increasing that 10% number.

The joint letter also made additional recommendations in light of the proposed amendments. Namely, the organizations recommend considering sentencing alternatives for a larger pool of federal defendants. Specifically, they call for making alternatives to incarceration available to first-time offenders and offenders who have relatively minor criminal histories.

Accordingly, while The Sentencing Project, Human Rights Watch, and company are encouraged by the proposed amendment to increase sentencing alternatives to prison, more changes can be made.

If you, or a loved one, believe you have been sentenced unfairly, or wish to have an experienced sentencing attorney review your case, call Brandon Sample, Esq. Brandon has the knowledge, passion, and proven track record of success to assist you in whatever sentencing issue is in your case. Call today for a free consultation at 802-444-HELP. Alternatively, request a free consultation online. Brandon is a seasoned sentencing advocate who can help you fight for the outcome you seek. Sentencing Alternatives | Prison Reform | Sentencing.net