Why do we sentence people? Depending on who you ask, you may get vastly different answers. And those answers depend upon our society’s sentencing philosophies. 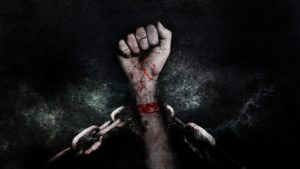 There are five basic sentencing philosophies that justify why we punish those who break our criminal laws: retribution, incapacitation, rehabilitation, deterrence, and restoration. These philosophies arenot esoteric theories. Rather, they come very much from our human nature and common sense.

Take, for example, your average television watcher who loves procedural cop shows, like Law & Order SVU or Blue Bloods. It is highly likely that as the television program unfolds, we see the crime being committed or the immediate aftermath. We see the bad guy lying or doing whatever it takes to avoid capture. We see the trial where we know who did it, but worry that the wily defense attorney might fool the jury otherwise.

Finally, we see the verdict, where our sense of right and wrong is vindicated because the “bad guy” gets put in jail. That average television watcher might revel in the “just desserts” aspect of the verdict and punishment. That is what we call the sentencing philosophies of retribution and incapacitation.

Now take, as another example, your progressive law professor. We know he has studied and taught principles of law for years. He has written scholarly articles on the subject. He understands that humans are complex beings who  are not simple “bad” or “good” guys. Rather, motivations behind certain crimes may dictate the type of punishment that gets meted out for a particular crime.

He may, in fact, advocate that a person can be changed, or rehabilitated, into a law-abiding citizen. He also may see that we do not merely punish an individual. We make examples of those criminals to deter those in society who may be otherwise inclined to break the law.

Now, as a final example, take the victim of a theft. Someone broke into his car. Someone took his wallet and used his credit cards to buy all kinds of goods. That victim does not really care so much about the criminal as long as he is caught. What the victim in this case cares about most of all is getting on with his life and restoring his status back to what it was before the crime. Simply put, the victim in this case seeks restoration.

As you can see, the sentencing philosophies come from our own daily experience. There is not only one reason to punish lawbreakers. We sentence those who break the law for retribution (pure punishment), to incapacitate (take out of general society), to rehabilitate (change into non-law breakers), to deter (demonstrate that crime has consequences), and to restore (make the victim whole).

Using the Sentencing Philosophies to Improve Our Prisons

A relatively new theory being advanced in criminal justice circles is to use the different philosophies of sentencing to make prisons better, and even lower the prison population over time. The basic premise is that no criminal is alike. There are some who can be rehabilitated, and there are others who are beyond reach. Why then should we put both types of individuals in the same prison?

In essence, if inmates can be separated into different parts of a prison, or even different prisons, based upon the sentencing philosophy most applicable to them, wouldn’t that foster better sentencing outcomes.

The idea would be that inmates would be categorized by their capacity for rehabilitation. Those who truly can be rehabilitated should be grouped together so they can help one another change for the better. By the same token, those who must be in prison because they are recidivists, and cannot change their behavior (i.e., need to be incapacitated), will be placed appropriately in maximum security prisons.

This approach comes from C J Oakes’ article regarding the Perfect Prison System. While this approach has not been tried in any large-scale way, it seems like a worthy cause. It seems natural that putting those with rehabilitative potential in one place will help one another make necessary changes. By contrast, mixing populations will likely result in those hardened criminals pulling down those with rehabilitative potential to the lowest common denominator.

In a world where our prison population is exploding, a “Perfect Prison” solution may make inroads into helping those who can be helped, and reducing recidivism.

Brandon Sample, Esq. can help you with your sentencing matter. A sentencing advocate and federal criminal defense attorny practicing in federal courts throughout the nation, Brandon can assist you with any type of sentencing case. We welcome you to call 802-444-HELP for a free initial case evaluation and to learn more about what Brandon can do for you.