Tax evasion is a serious crime that can result in prison time and hefty fines. Defendants convicted of tax-related crimes typically receive a downward variance from the applicable sentencing range according to the Sentencing Guidelines. However, the opposite proved true for a wealthy defendant involved in a high-profile tax case in New York. The Second Circuit Court of Appeals recently ruled in United States v. Zukerman that a fine of $10 million imposed by the district court against a defendant convicted of tax evasion was reasonable despite the fact that it was well above the $250,000 maximum per the Sentencing Guidelines.

Pursuant to Section 7201 of the U.S. Tax Code, tax evasion is a felony. For one count of felony tax evasion, a defendant may be sentenced to up to five years in prison and fined up to $250,000. If the defendant is a corporation, the fine may be up to $500,000. Prison sentences for a combination of state and federal tax evasion charges may be either served consecutively or concurrently per the district court's order. 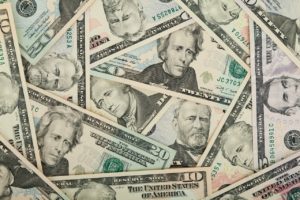 For purposes of determining which of the ranges from the Sentencing Guidelines is applicable, the court must first calculate "the total amount of loss that was the object of the offense." This amount could end up being larger than the total amount that the government did not collect in taxes. The court may also consider the conduct of the defendant, both charged and uncharged, in determining the base level offense. This calculation does not include penalties and interest owed by the defendant.

In United States v. Zukerman, the defendant was convicted of a long list of tax-related crimes that netted him millions of dollars in illegal proceeds. Although the Sentencing Guidelines recommended a maximum fine of $250,000, the district court decided to go with an upward variance to the tune of $10 million in fines. (He was also sentenced to 70 months in prison and $37 million in restitution.) The district court said that his upward variance was necessary in order to deter others from engaging in this type of financial graft and to adequately punish the defendant who had benefited for years from his illegal activities.

The Second Circuit Court of Appeals rejected the defendant's argument that the amount of the fine was procedurally unreasonable. Even though the district court never asked for nor received an exact reporting from the defendant of his net worth, nothing prevented the defendant from raising the issue with the sentencing court. It was his own choice not to do so.

Challenging a Fine for Tax Evasion

The case of United States v. Zukerman is a good reminder that the fines for tax evasion offenses can be significant and may even cripple a defendant's chances of maintaining a productive life after serving his sentence. Defendants with significant financial resources should be even more mindful of over-zealous district courts imposing much higher fines than necessary in order to deter others from trying to evade paying taxes. Even if you are unable to have a conviction for a tax evasion crime overturned, it is still important to try to minimize the amount you will have to pay in fines for tax evasion.