One of the key strategic decisions in deciding whether to appeal a criminal sentence is whether there is a possibility to receive an even harsher sentence. In the case of United States v. Lopez-Pastrana, the First Circuit Court of Appeals overturned a supervised release term that was imposed on a defendant who was not actually sentenced to serve any prison time due to a serious medical condition. While at first, this might seem like a win for the defendant, it may ultimately result in him being resentenced to an actual prison term if the district court finds that his medical condition is no longer as life-threatening as it was portrayed at the original sentencing hearing.

When a Defendant is Sentenced to Supervised Release Term

Pursuant to 18 U.S.C. § 3583(a), a judge "in imposing a sentence to a term of imprisonment for a felony or a misdemeanor, may include as a part of the sentence a requirement that the defendant be placed on a term of supervised release after imprisonment." Thus, it stands to reason that a defendant could not receive a sentence that includes a supervised release term without first being sentenced to serve time in prison. It is also sometimes referred to as mandatory parole but is not considered a special privilege, such as early release or parole. It is imposed by the judge at the end of a prison term to ensure that the defendant is abiding by all terms of his or her release. A violation of the terms of supervised release can result in a defendant being sent back to prison. 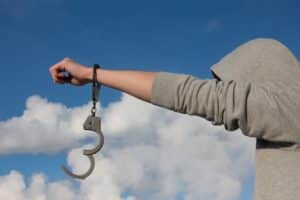 The First Circuit ruled that the home confinement sentence was improper because the defendant did not serve prison time on that charge. The case was remanded for resentencing in light of the fact that the defendant could not be sentenced to a supervised release term for a charge that he did not actually serve any prison time for. One of the major concerns for the defendant during the district court's resentencing hearing will be that he now faces the possibility of having to serve a prison sentence on that charge. The appellate court invited the district court to reevaluate the prognosis of the defendant's chronic condition to determine whether a harsher sentence is now more appropriate. A potential outcome could be that the district court simply adds on a year of supervised release as a condition of his five-year prison term for the second charge, which would leave the defendant in essentially the same place as before he appealed.

Although the defendant in United States v. Lopez-Pastrana could certainly walk away from resentencing with a more lenient sentence and no supervised release term, he could just as likely face time in prison. If a defendant is able to secure a more lenient sentence because of a chronic medical issue, it is worth considering whether the defendant is better off simply accepting a supervised release term or home detention as part of the appellate strategy. This is especially true if the defendant is hoping to receive federally funded medical care as in the case of United States v. Lopez-Pastrana.

Before jumping into an immediate appeal of a federal sentence, it is prudent to consult with an experienced criminal appellate attorney to fully understand the risks of an appeal. Generally speaking, it is beneficial to try to reduce your prison sentence, but matters are more complex when dealing with more favorable sentencing terms, such as a term of supervised release. The sooner you speak with a knowledgeable criminal appellate advocate like Brandon Sample, Esq., the more cohesive and thoughtful your appellate strategy will be.