The old adage “crime doesn’t pay” may be true as an overall principle; yet, as a practical matter, crime often does pay – sometimes it pays quite a lot. In fact, the Internal Revenue Service (IRS) has reported that crimes involving money represent the majority of criminal activity in the United States. Because money laundering is often a component of many financial crimes, it is important to understand the law and sentencing for money laundering. 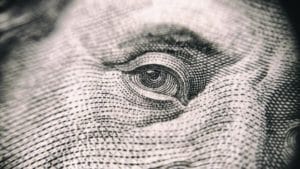 What is Money Laundering?

It is an oft-repeated phrase, but “money laundering” is sometimes hard to conceptualize. Indeed, how does one “clean” or “launder” money? And why is it a crime?

Stripped to its essence, money laundering covers any activity whereby a person converts money from criminal activity into money that appears to be from a legal source. Stated differently, it is “cleaning” money to remove its illegal, or “dirty,” origin. Let’s look at an example to better understand the process.

Drug traffickers often need to employ money laundering to hide the fact that the cash they receive is from an illegal drug deal. Thus, a drug trafficker may take the large amount of cash from illegal drug transactions and purchase a number of gift cards. Then, those cards are used to buy expensive electronic equipment, jewelry, and other items that are relatively easy to sell. In recent years, iTunes gift cards have also been used in this capacity.

Why is Money Laundering Illegal?

Because there is typically an original criminal act that generates the ill-gotten money, you may wonder why money laundering is illegal. The answer is rather simple. It is illegal because it is the act of hiding an illegal transaction.

It is similar to someone hiding a criminal in his home when the police are looking for him. After the fact, you are helping impede law enforcement from apprehending a person who committed a crime. In the same way, the act of money laundering is a way of hiding a crime, whether it is drug dealing, theft, or embezzlement.

The main statute used to charge money laundering in federal court is the Money Laundering Control Act of 1986, which consists of two sections: 18 U.S.C. § 1956 and § 1957. Section 1956 makes it a crime for individuals to engage in a financial transaction with proceeds that come from certain specific crimes, including drug distribution, murder, fraud, and bribery. Moreover, the law requires that the individual had the intent to disguise the source, ownership, location, or control of the money.

Section 1957, often called the “money spending statute,” makes it illegal to engage in a financial transaction in excess of $10,000, where the money was derived from unlawful activity. Notably, in contrast to section 1956, there is no intent-to-conceal requirement.

What is the Sentencing for Money Laundering?

It is important to note that the 20-year and $500,000 maximums are for one count of money laundering. If you engaged in a number of transactions with ill-gotten gains, then each transaction will be a separate count in a criminal indictment. So, if the federal government charges you with 12 counts, then the maximum could be 240 years in prison, and $6 million in fines.

Moreover, money laundering is typically charged alongside the underlying crime that generated the ill-gotten gains. For example, if a drug deal resulted in a large amount of cash, which was then moved in a way to conceal the money’s source, then you are looking at charges for the drug distribution as well as money laundering. Penalties may be separate for each crime.

While the sentencing for money laundering is significant, a seasoned federal criminal defense attorney will be able to help you minimize, or even eliminate that exposure.

In that vein, duress could also be a viable defense. If you believed you or your family would be put in danger if you refused to participate in a money laundering scheme, then that may also serve as a qualifying defense.

In short, the best way to challenge a money laundering charge, and avoid the sentencing for money laundering, is to retain the services of a top-notch money laundering criminal defense attorney. In that regard, we welcome you to contact Brandon Sample, Esq. Attorney, author, sentencing advocate, and activist, Brandon Sample will provide you with the highest quality legal representation. Call 802-444-HELP to learn more about what Brandon can do to help you defend a federal criminal case in court. Call today.

Posted in Sentencing
← Sentencing Reform and Corrections Act – Is It Time?Sentencing Chart in New York: A Closer Look →