Normally, if a trial court made an obvious mistake in calculating a person’s sentence the mistake should be corrected, right?  Well, if the Fifth Circuit had its way, the answer would be “no.” Luckily, the U.S. Supreme Court in a June 2018 decision set the record straight on the proper application of the plain error rule. 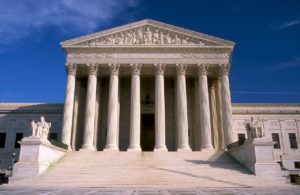 In Rosales-Mireles v. United States, the U.S. Supreme Court reversed a decision by the Fifth Circuit, holding that a clear sentencing error made by the trial court should be corrected in most situations, even when the defendant did not object to the mistake. In so holding, the Court rejected the Fifth Circuit's interpretation of the plain error rule.

Federal defendant Rosales-Mireles, a Mexican resident, pleaded guilty to entering the United States illegally. At that point, it was the federal district court’s job to determine the appropriate sentence.

Federal law (18 U.S.C. § 3553(a)) requires that a court arrive at a sentence that is “sufficient, but not greater than necessary” to achieve the four purposes of criminal sentencing, namely retribution, deterrence, incapacitation, and rehabilitation. While, of course, the district court has the discretion to come up with a sentence that it believes satisfies those goals, the court does not act in a vacuum.

The court must work within a framework established by Congress. Part of that framework includes the Federal Sentencing Guidelines. In fact, a sentencing court must begin its analysis by finding out the appropriate Guidelines range in any given case. Calculating the correct Guidelines range can be a complex process. But, it is necessary to make sure there is some uniformity, predictability, and fairness in sentencing decisions across the nation.

In Rosales-Mireles’ case, the presentence report created by the Probation Office counted one of his prior convictions twice.  That double-counting error resulted in the sentencing court arriving at the wrong Guidelines range.  Instead of the Guideline range of 70-87 months applicable to Rosales-Mireles, the sentencing court arrived at a range of 77-96 months based on the double-counting error.

Because Rosales-Mireles did not object to the mistake at the trial level, the Fifth Circuit reviewed the matter to see whether a plain error had been made. In that context, the appropriate standard is the one provided in the U.S. Supreme Court case titled United States v. Olano. The plain error rule's four-part standard requires a court to find the following:

When running Rosales-Mireles’ case through the four-part test, the Fifth Circuit found, not surprisingly, that (1) Rosales-Mireles did not purposely waive his right to object to the sentencing error, (2) the error was obvious, and (3) Rosales-Mireles’ sentence would likely have been different if there was no error.

However, with regard to the fourth part of the Olano standard, the Fifth Circuit determined that the sentencing court’s mistake did not seriously affect the fairness, integrity, or the public reputation of judicial proceedings.

That decision, standing alone, might be only cause for debate, given that the 78-month sentence fell within both the mistaken as well as the correct Guideline ranges. Yet, the Fifth Circuit went one step further.  The Fifth Circuit tried to change the plain error rule standard.

Specifically, when stating what the fourth part stood for, the Fifth Circuit determined that the types of errors warranting reversal under the fourth part of the test are ones that would

With terms like “shock the conscience,” “powerful indictment,” and “call into question,” the Fifth Circuit was – in not-so-subtle terms – trying to make it much more difficult to find a set of circumstances that would allow for a sentencing mistake to be corrected on appeal.

The U.S. Supreme Court to the Rescue – Pushing Back on the Fifth Circuit’s Attempt to Change the Plain Error Rule Standard

In its decision, the U.S. Supreme Court (Justice Sotomayor writing for the seven-justice majority) reined in the Fifth Circuit. The Court was clear that the Fifth Circuit made an obvious attempt to re-write the fourth-part of the Olano standard.

The Court began by recognizing that when Olano was decided back in 1993, the Court considered a stricter standard for the fourth-part of the plain error rule test (similar to what the Fifth Circuit articulated) and it expressly rejected it.

In short, the Court was clear to call out the Fifth Circuit for its obvious, and improper, attempt to change the Olano standard. Accordingly, the Court reversed the Fifth Circuit’s decision. The Court reasoned that the sentencing court’s mistake, by double-counting a prior conviction, was something that affects a defendant’s substantial rights and will seriously affect the fairness, integrity, and public reputation of the court.

As a final note, the two dissenting justices did not seem to have a problem with the Fifth Circuit changing the plain error rule's legal standard. However, the lack of credibility of the dissenting opinion was demonstrated by the fact that the dissenters had to resort to graphic descriptions of Rosales-Mireles’ other violent crimes, rather than the crime at issue in the case. Such a cheap appeal to people’s more base instincts was clearly inappropriate in a legal discussion about the proper Olano standard.

This recent U.S. Supreme Court case, just decided this past June, is incredibly helpful to federal defendants for several reasons. First, it clarifies that if obvious sentencing errors are made, appellate courts will appropriately correct them. Second, it provides a great general discussion of the requirements behind a federal court’s sentencing decision. Finally, it presents an example of a very conservative court – the Fifth Circuit – attempting to change legal standards to support its own decision, and perhaps its own conservative agenda. Rosales-Mireles is a case worth reading, and its interpretation of the plain error rule is highly illustrative.