The U.S. Supreme Court will begin its October 2017 term tomorrow. First up for the October 2017 term is Sessions v. Dimaya, which is being reargued Monday. For those of you who are not familiar with Dimaya, the Court will resolve in that case whether 18 U.S.C. 16(b) is unconstitutionally vague. A favorable ruling in Dimaya could create further opportunities for many to challenge their convictions and sentences. The court was tied 4-4 when it attempted to resolve the case earlier in the year. See, "Dimaya, Of Dimaya ... Where Art Thou?" Justice Gorsuch will cast the deciding vote. I have no idea what he will do, but I intend on listening to the argument tomorrow and will share my thoughts. 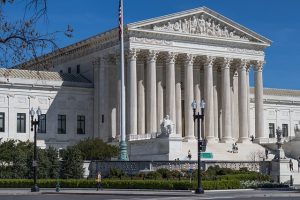 Issue(s): Whether 18 U.S.C. 16(b), as incorporated into the Immigration and Nationality Act's provisions governing an alien's removal from the United States, is unconstitutionally vague.

Issue(s): Whether a guilty plea inherently waives a defendant's right to challenge the constitutionality of his statute of conviction.

Issue(s): Whether the U.S. Court of Appeals for the 5th Circuit erred in holding that 18 U.S.C. § 3599(f) withholds “reasonably necessary” resources to investigate and develop an ineffective-assistance-of-counsel claim that state habeas counsel forfeited, where the claimant's existing evidence does not meet the ultimate burden of proof at the time the Section 3599(f) motion is made.

Issue(s): Whether the warrantless seizure and search of historical cellphone records revealing the location and movements of a cellphone user over the course of 127 days is permitted by the Fourth Amendment.

Issue(s): Whether the Fourth Amendment's automobile exception permits a police officer, uninvited and without a warrant, to enter private property, approach a house and search a vehicle parked a few feet from the house.

Issue(s): Whether a conviction under 26 U.S.C. 7212(a) for corruptly endeavoring to obstruct or impede the due administration of the tax laws requires proof that the defendant acted with knowledge of a pending Internal Revenue Service action.

Issue(s): Whether a driver has a reasonable expectation of privacy in a rental car when he has the renter's permission to drive the car but is not listed as an authorized driver on the rental agreement.

Issue(s): Whether the Fifth Amendment is violated when statements are used at a probable cause hearing but not at a criminal trial.

Issue(s): Whether it is unconstitutional for defense counsel to concede an accused's guilt over the accused's express objection.

Issue(s): Whether, in order to meet the standard for plain error review set forth by the Supreme Court in United States v. Olano that "[t]he Court of Appeals should correct a plain forfeited error affecting substantial rights if the error ‘seriously affect[s] the fairness, integrity, or public reputation of judicial proceedings,’” it is necessary, as the U.S. Court of Appeals for the 5th Circuit required, that the error be one that “would shock the conscience of the common man, serve as a powerful indictment against our system of justice, or seriously call into question the competence or integrity of the district judge.”