Judges who hand down criminal sentences every day in our federal and state courts engage in sentencing discrimination without even really understanding or being aware of it. How do we know that is true, and what can we do about it?

Strangely enough, part of the answer can begin on Broadway. “What do Broadway musicals have to do with sentencing discrimination?” you may ask. Well, stay with me, and you’ll see.

The Tony Award winner for Best Musical in 2004 was a little musical called Avenue Q, a kind of Sesame Street for adults. The hilarious musical comedy incorporated a lot of fun, if somewhat bawdy, puppets along with a human cast of multi-racial characters. 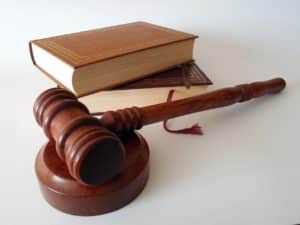 What made the show a Tony winner was its marvelous knack for playfully coming close to the edge on some serious subjects, but doing it in a way that never offended. One song in the show that did just that was the song titled, “Everyone’s A Little Bit Racist.” Pointing out, with tons of humor and some subtlety, that everyone is prone to making small judgments based on race even if they don’t mean to.

The lighthearted delivery of the message allows audiences of all stripes to reflect on how we, as humans, tend to make snap judgments of other ethnic and racial groups that may not be fair or three-dimensional. Further, it brings forward the reality that people of all races have feelings about others based on stereotypes, media coverage, family upbringing, and personal experiences. This as you might imagine has a real impact on sentencing discrimination.

In sum, the song lets us laugh a little at the human condition that often falls into “us vs. them” dichotomies drawn along racial or ethnic lines, while acknowledging that we are all guilty of it. Simply put, acknowledging there is a problem is a good first step.

Are Judges “A Little Bit Racist” Too?

Indeed, the notion of implicit bias among judges who sentence criminals has been the subject of some legal scholarly work. From one study in particular, three main conclusions come to the fore:

Judges, like all of us, have blind spots when it comes to bias. Also like all of us, judges can see bias in others, but not in themselves. For example, in one study 97% of state court administrative law judges rated themselves in the top half of their colleagues in their ability to “avoid racial prejudice in decision making.” In another study, 92% of senior federal district judges ranked themselves in the top 25%, compared to their colleagues, in their ability to make decisions free from racial bias.

Both numbers, of course, are mathematically impossible, and simply point to the fact that judges have difficulty seeing bias in themselves, which can result in sentencing discrimination.

Another study, which involved the Black/White Implicit Association Test (a test which determines a person’s positive or negative associations with certain physical attributes), came to some interesting conclusions with regard to state and federal judges:

The ultimate conclusion is that judges have an equal or greater implicit bias against African-Americans, Asians, and Jews, compared to Caucasians, but are able to control biases when deciding on the length of sentences. This helps to reduce sentencing discrimination.

What Can Be Done To Remedy The Implicit Bias In Judges?

Remedying the problem of implicit bias requires a generations-long effort. But some of the ways to begin include:

While these recommendations only scratch the surface of what needs to be done in our criminal justice system, it is encouraging that we are now discussing the issue of implicit bias in judicial decision-making.

Posted in Sentencing
← 5 Essential Aspects of a Sentencing MemorandumShould a Conviction Mean That You Can’t Vote? →